Always on - switching off

In the recent film of Hitch Hiker's Guide to the Galaxy, Arthur Dent clings bathetically to his mobile phone for some time after the earth has been demolished. A mild irony, because when Douglas Adams wrote the radio series in 1979, the ubiquity of mobile phones was unforeseen.

But now we are "always on", and communication is always arriving.

The effect is very distracting. Hewlett-Packard has recently found that 62 per cent of British adults are addicted to their e-mail. Half of all workers feel compelled to respond to e-mails instantly or at worse within an hour. One in five are "happy" to disrupt a meeting (business or social) to respond to a message. The "crackberry" effect has been well documented. But is it damaging?

I once led a meeting with a well-known technology company exploring commercial partnerships. We met to discuss how this would work in practice across Europe.

While coffee was made and people settled down, everyone from the partner company opened their laptops, plugged into the internet (in our meeting room) and began to check mail. Which was fine, except they continued to do so after the meeting had begun. Some were texting; one had whispered calls on his mobile.

I asked everyone to disconnect. This was not popular. In fact I had to repeat the request several times

This made it very hard to conduct any sort of focussed event, so I asked everyone to disconnect. This was not popular. In fact I had to repeat the request several times to the phone whisperer, with increasing insistence, until he reluctantly complied. No surprise, then, that the partnership went nowhere.

For many this will not come as a surprise – though it would be a huge shock to an executive time traveller from 1979. Rapid technology change has catalysed behaviour that our customs have not yet caught up with.

Why does it happen? Insecurity – certainly. People take identity and meaning from incoming messages. The behaviour can also be a form of power language: the message is "you are neither important nor relevant to me, therefore I'm focussing on something else". This is reinforced by body language: the physical barrier erected by a laptop screen, the head nestled in the phone.

Perhaps another cause is people being in the wrong meetings. If you have nothing to contribute or learn, why not turn to other tasks? The answer is surely to ensure that people don't waste time attending pointless meetings - an old organisational conundrum, and not the fault of new technologies.

One might argue that it is better for people to use their time answering mail than pretending to participate. But how do they decide which bits of the day are worth paying attention to? And what of the signals this sends to other participants?

Two broad solutions are emerging: one camp believes that technology can solve the problems that it has inadvertently created. This assumes we can muster the self control to use such tools to make us more productive.

The second approach suggests a societal answer: to develop norms such as "e-mail free Fridays" which circumvent the distraction by discipline. But this assumes we want to abandon the seductive potential of messages.

Sadly the real backlash may not start until focussed communication is proven to be more commercially effective than partial attention behaviour. Do we really have to wait? 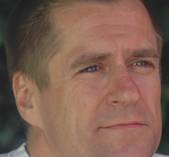 Mark Curtis is a founder of mobile technology company Fjord and has been developing digital products and services for over ten years.

Business never sleeps - and neither will you

Turn off and switch on

Beware of over-dependence on email

Technology brings a tide of time-wasting