This is who I am – deal with it 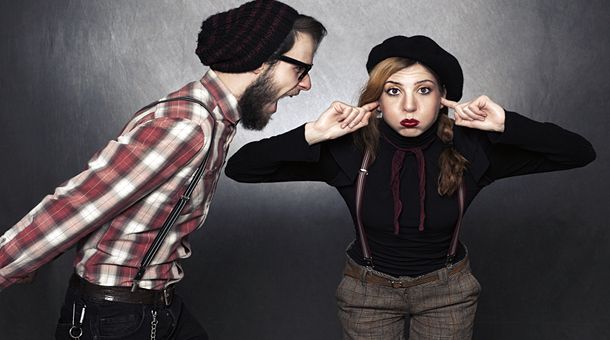 One of the most destructive behaviors I come across in workplace of all sizes is a refusal accommodate other people's styles. It's a problem at all levels, but nowhere is it more devastating than in management and leadership ranks. This is because the negative ripple-effect is particularly damaging when the message from the top is "this is who I am, deal with it".

What I'm talking about here is a toxic blend of blatant arrogance and ignorance, usually spiced up with a big dose of blame - the worst offenders are often the first to complain about others who they perceive as behaving in the same way.

I recently encountered a senior manager at a large textile mill. To listen to him, you would think that the mill's owner and a few other key people were causing all the mill's problems.

But after a few conversations with his subordinates (most of the 400+ workers are in his department) we find that he is twice as guilty as anyone he's pointing at. Typical comments from his employees include, "he's the worst person I've ever worked for," and "the only time he talks to me is when he wants to chew me out in public."

Most people are bothered by this sort of arrogance, but it's the intentional ignorance that's the real killer. Approach this manager about his coworker's perceptions and he gives you a litany of examples of how he's been complimented over the years for his management style and how it's helped the company move ahead. His is a classic example of professional deflection, not to mention a "my way or the highway" mindset.

To make matters worse, as most of us know, employees don't quit companies, they quit bad managers. Find an organization with a retention problem and you often find managers who treat people like dirt but can't figure out why people are leaving. Ironically, when this happens the offending parties quickly jump up and point fingers at – you guessed it – the others around them.

Although this problem is more easily seen in one or two behavioral styles (the more flamboyant tend to stick out), it occurs across the board. But the higher up one sits in the organization, the greater the negative impact, as well as the visibility of the problem.

Attitudes like these arise out of insecurity, fear, and an inability to "connect the dots," among other reasons. But regardless of their source, they aren't going to change without some form of direct confrontation or intervention, usually from a higher-up. As the saying goes, sometimes the sugar cubes go only so far, and then you've got to pull out the hammer.

Of course, this can be a real problem when it's the very top person in an organization who's doing the offending – there's no one above him or her to do the confronting. But that's the subject for an entirely different discussion.

Regardless, resolving these problems at any level is never easy. Self-defensive measures that have "protected" these people over the years may show themselves even more. Relationships can get quite ugly as the offending parties struggle to maintain positional dignity and power. Besides, their thinking is, "these methods got me here – why should I let them go now?" They never consider that they may have gotten to where they are in spite of having these detrimental attitudes.

Cajoling the offending individual to address their interpersonal skills through some sort of training is a good start, but it's rarely the cure. The same protective tendencies tend to rear their ugly heads: "This is for other people, not for me."

The best approach is professional and one-on-one. Specifics have to be addressed and solutions have to be considered head on. Avoidance tactics need to be identified for what they are and accountability for improvement need be established. Without someone trained to handle this sort of confrontation, old habits will not go away (especially if the guilty party is way up the chain of command – remember, they firmly believe these methods got them to where they are).

An additional benefit of one-on-one help is that it helps the offending parties "save face" by dealing with their issues in private.

Luckily, there are countless trained professional and executive coaches are out there who can deal with this sort of thing. The help is there!

Unfortunately, it's usually not until the offending parties start getting passed over for promotion before they are willing to look at what they might need to change within themselves. Yet some refuse to acknowledge it even then.

For this reason, every manager need accept the fundamental truth that there's always room for improvement, and that before judging others, we should look inside at ourselves first. Yes, top managers, this means you, too.

The basics of employer brand reputation

E-Learning is great, but not a panacea

Are managers made or born?

Enough about leadership! It's time to remember how to be a good manager

The ripple effects of inefficient management

Five skills for being an effective manager