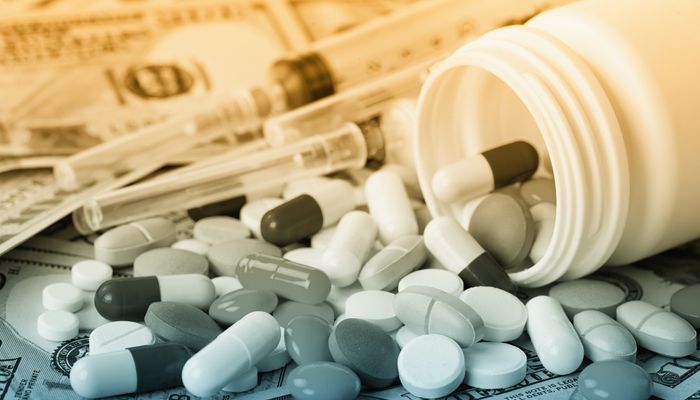 A heap of pills from Shutterstock.com
Dec 04 2015 by Isabelle Chaboud Print This Article

On November 23rd, Pfizer and Allergan announced they were on the verge of creating an alliance worth almost $160 billion. Such an agreement would give birth to the world's largest pharmaceutical group. But will this reverse merger - motivated, as it is largely by financial, considerations - allow the new group to become the leader of pharmaceutical industry?

Pfizer was the number one player in the pharmaceutical industry until 2009-2010. In 2013, the Swiss group, Novartis, overtook Pfizer. By the end of 2014, Novartis had a turnover of $59.9 billion whereas Pfizer's turnover was only $49.6 billion. The most troubling aspect of this turnaround as far as Pfizer is concerned is that their turnover has been sliding since 2010.

At the root of Pfizer’s woes is the expiration of patents and licenses for various flagship products. Once patents reach their expiration date, drugs that were once very profitable have to face competition from generic brands. For example, Pfizer’s patent for Viagra expired in June of 2013 for Europe and in May of 2014 for Japan and Australia. The patent for Lyrica suffered the same fate in July of 2014 for most European markets. To highlight the impact of these expirations, Lyrica, which treats neuropathic pains and epilepsy, was responsible for more than 10% of Pfizer's turnover in 2014.

As Pfizer has no new products to make up for these losses, the company has to make an alliance with a competitor who could offer a portfolio of high-end products. Allergan would appear to be a perfect match for Pfizer's needs. The Irish group holds the keys to Botox, a famous anti-wrinkle treatment that could also be used for more serious treatments, as well as Restasis, eye drops sold in vials that bring in top dollars. By merging, the two pharmaceutical players should rake in a turnover of more than $65 billion, which would make the new group number one worldwide.

Throughout its existence, Pfizer has followed a continuous acquisition strategy. In 2000, the group was ranked 7th before buying out Warner-Lambert (ranked 9th) for almost $90 billion to become the number two worldwide. In 2006, Pfizer sold off its consumer health care business to Johnson & Johnson. In 2009, it paid $68 billion for Wyeth, an American company that was a leader in vaccinations and could help Pfizer overcome losses due to expiring licenses. The acquisition also allowed Pfizer to diversify and step into the nutritionals and biologics markets.

In 2010, the group published a turnover of $67.8 billion. In 2011, Pfizer's development in the consumer healthcare market continued with the acquisition of Ferrosan. In 2012, the company bought the Alacer Corporation, a company specialized in the sale of Emergen-C, an energy and vitamin drink. The same year, the group finalized the acquisition of NextWave Pharmaceuticals, which owns Quillivant XR™, a drug used to treat hyperactivity. In September of 2014, the group also bought InnoPharma, a privately-held pharmaceutical development company.

But despite these numerous acquisitions and diversifications, Pfizer's sales have continued to drop. As a result, the company launched a major acquisition plan in 2014 to takeover AstraZeneca for $100 billion. However, the acquisition did not go through. Given the fact that the pharmaceutical industry is very dynamic in terms of acquisitions and mergers, with forecast transactions in 2015 worth more than $1,000 billion according to the Financial Times (Nov. 23rd), it is not surprising that Pfizer is now launching its largest acquisition ever. However, there is no guarantee of long term success.

While the group has highlighted the takeover as an opportunity to diversify its product range and provide better earnings for its shareholders, the real goal seems to be to reduce taxation for the new group.

The operation was approved by the board of directors on November 22nd. The new group will be based in Dublin, Ireland. The home country of Allergan offers one of the most attractive corporate tax rates in the world (12.5% versus 25-30% in the USA). A declaration published on Pfizer's website clearly states that the transaction is a "reverse takeover" and therefore, that Ireland's tax rules will apply during the acquisition.

By orchestrating the acquisition in this manner, the group benefits from a tax inversion. If an American company is buying a foreign company at least 25% its size, U.S. tax laws allow the American company to benefit from tax laws in the foreign country. Technically speaking, Allergan will therefore be buying Pfizer. By moving to Ireland, the Financial Times (Nov. 23rd) estimates that the group will be able to avoid tax on more than $128 billion of profit.

This operation will be the largest tax inversion ever carried out and it will inevitably result in many U.S. jobs being sent offshore - a fact that has made such inversions the focus of much controversy in the United States and Europe.

A Thanksgiving present for investors?

The outcomes of this transaction are far from certain. Investors are well aware of the risks associated with such an operation. It is likely that the U.S. Department of Treasury will weigh in against the takeover bid. If Pfizer chooses to pursue the takeover, the group might have to fight a stiff battle against the Treasury, which tends to not look kindly upon blatant fiscal avoidance by major corporations. Indeed, legislation could even be passed to prevent the reverse takeover from happening.

Proof of the risks associated with this transaction can be seen in the fact that the takeover announcement led to a very moderate increase in stock (+2.82% on November 25th, versus +2% on November 24th). Since December 31st, 2014, the company's stock has only increased by 6%. In contrast, stock for KaloBios, a biopharmaceutical company specialized in cancer treatments,increased by 44.73% between November 24th and 25th following Martin Shkreli's nomination as CEO. As a result, the company's stocks have increased by 107% since December 31st, 2014.

There has been no communication about the future strategy or business model that might be implemented following a Pfizer-Allergan merger. It is possible that the new group could be reorganized into several segments in order to separate highly profitable drugs still protected by patents from older drugs that are facing competition from generic drug makers. Even more than the fiscal advantages, this is what shareholders could be hoping for. However, the group has yet to detail any such reorganization plan.

Research and development or hedge fund?

The four keys to personal humility