Diversity at the top: are companies walking the talk? 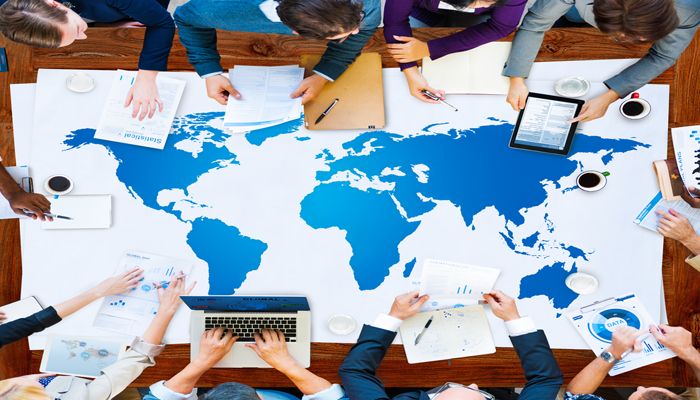 CEOs in the UK FTSE 100 are the most internationally diverse. CEOs in the US Fortune 100 are overwhelming US nationals. German CEOs are more likely to be engineers and if you want the top job in a French public company it helps to have a degree from the right university as well as a post-graduate qualification.

Listed companies in the world’s leading economies may be becoming increasingly global in their operations, but as new research has highlighted, the profiles and backgrounds of their CEOs can still vary from country to country.

Executive search firm, Heidrick & Struggles, gathered data on the CEOs of the largest public companies in France (SBF 120), Germany (DAX 30 and MDAX 50), the UK (FTSE 100) and the USA (the first 100 companies in the Fortune 500), to look for common traits and differences and the success factors along the road to the top.

Given the large number of overseas companies listed on the FTSE 100, that international diversity isn’t surprising. Around three-quarters of the total revenue of the FTSE 100 is earned from outside the UK, and companies listed in London range from global mining giants such as Antofagasta, Fresnillo and Randgold to Hikma Pharmaceuticals, a Jordanian company that joined the FTSE earlier this year.

But while the US Fortune 100 is more representative of the US economy than the FTSE of the UK’s, the absence of non-Americans at the top of Fortune 100 companies highlights the fact that while they often make great play of both gender and racial diversity, American companies are far more monocultural than their European counterparts because so few board members are non-American.

Just how monocultural was highlighted by research in 2013 by ITAP International which found that only around five percent of the board members of the largest 50 companies in the Fortune 500 are non-Americans. Moreover, roughly half of US public companies have no non-Americans on their boards at all, despite the fact that three-quarters derive some of their revenues from abroad.

In contrast, a quarter of board members in Europe’s largest company boardrooms, on average, are from cultures other than the company’s home country, with that figure rising to four out of 10 in the UK FTSE 100.

Interestingly, not only are UK CEOs younger than their counterparts in the USA, France and Germany - on average 54 years old as opposed to 59 in the Fortune 100 - UK CEOs have also held their positions for a much shorter time. In fact, 57 per cent of FTSE 100 CEOs have not held their position for more than four years. In contrast, the average CEO tenure across the four countries ranges from five to eight years, with the tenure of French CEOs the highest.

Although finance dominates the functional background among CEOs in the two Anglo-Saxon countries (36 per cent of UK CEOs and 31 per cent of their US counterparts have a finance background), the FTSE 100 stands out with 21 per cent of CEOs from a sales and marketing background, double that of the other three countries. That figures rises to 41 per cent in the consumer sector and 40 per cent in Life Science & Health Care, perhaps suggesting a growing trend towards appointing CEOs with greater customer focus and more digital know-how.

In contrast, more than a quarter (27 per cent) of German CEOs have an engineering background - a reflection of the continuing importance of manufacturing to the German economy. In France, the preponderance of CEOs with a background in government or public administration (24 per cent) is symptomatic of the ‘revolving door’ syndrome: many French CEOs started their career in public administration, were promoted to ministries and then take up top management positions in the biggest companies.

But one statistic that remains consistent is the paucity of women in top jobs. In France and Germany, 2015 is the first time that any CEOs have been female (two in France, one in Germany). The UK fares a little better with five women running FTSE 100 firms. Here, the USA fares better with nine women are at the helm of Fortune 100 firms, a four-fold increase since 2007 when the number was only two.

Can you really be a "Global" leader?