The politics of cheaper oil 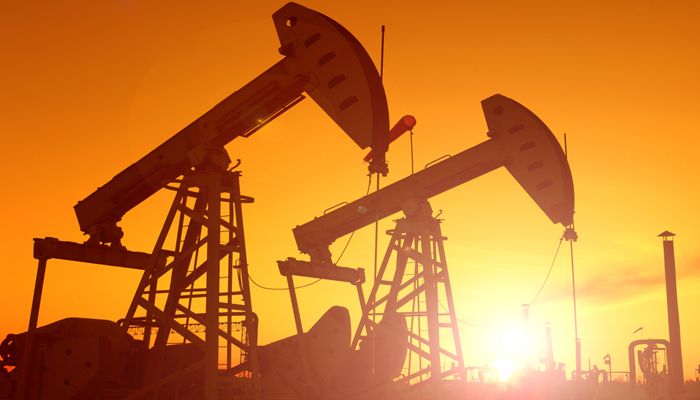 Oil wells at sunset from Shutterstock.com
Sep 22 2015 by Isabelle Chaboud Print This Article

Oil prices today are at the same level as they were in 2009 during the financial crisis. So what are the causes of this collapse - and what might the consequences be?

Low oil prices are certainly welcome news for consumers, but it’s a different story for the oil companies and oil-exporting countries. A slight rise in oil prices in April 2015 had raised their hopes, but the summer saw a new downward trend. So just why is oil so cheap at the moment?

One of the main reasons is overproduction. For some analysts, this stems from OPEC's refusal to reduce its production quota (currently 30 million barrels per day) in the face of falling demand. In parallel, the production of American shale oil remains very abundant - hitting record highs - in spite of the closure of certain sites.

Hand-in-hand with this, the slowing of the Chinese economy has strongly contributed to reduced demand. Worries about China do not allow foreseeing an upturn in manufacturing activity. Chinese stock markets continue to fall, reacting to the lowest manufacturing output figures in six years. Meanwhile, continuing uncertainty over Greece and the perspective of the arrival of Iranian oil in 2016 have also weighed on prices during the past months.

The return of Iran

As a consequence of the nuclear agreement signed on July 14, 2015, between Iran and the six major powers - Germany, China, the United States, France, the United Kingdom and Russia - international sanctions against the country will gradually be removed and will allow new economic exchange with Iran. Many investors feel that the return of Iranian oil to the world market risks creating an additional offer in the mid-term that will greatly exceed demand.

According to an August 2015 report by the World Bank, "Iran’s full return to the global market will eventually add about a million barrels of oil a day, lowering oil prices by US$10 per barrel next year." Of course, just how much oil Iran will be able to produce is still unknown. Another point to consider is that with the removal of economic sanctions, major companies may re-establish contact with Tehran and once again invest in Iran. Will Iran succeed in proposing conditions that are attractive enough to attract foreign investors?

The currency exchange effect, and in particular the rise of the dollar against the main currencies, impacts oil prices. Backed by a possibility of an increase in interest rates by the Federal Reserve, the dollar has acquired greater attractiveness in the past months, but a stronger dollar mechanically drives the price of a barrel downward. And saddled with a yuan that has just undergone three successive devaluations, the Chinese will be confronted with increasingly expensive oil.

As for the consequences, not only are we seeing a decrease in margins which continues and drags down the stock market, the perspectives for this sector are far from flourishing. Even more worrisome is the fact that whole economies have been affected.

A decrease in margins

Certain groups have limited or reduced their investments and undergone restructuring in order to continue to pay substantial dividends. ExxonMobil, for example, has paid a dividend of $12.2 bn, even more than Apple, to satisfy its shareholders.

But these dividends are being paid at a time when margins are continuing to shrink. In Q2 2015, BP published earnings of $1.3 bn, compared to $2.6 bn for the previous quarter and $3.6 bn in Q2 2014. And although the provisions BP were forced to make concerning Libya and the latest charges tied to the Deepwater Horizon catastrophe contributed to this worsening of results, the fall was mainly due to the lowering of the price of oil, which averaged $54 a barrel during Q2. According to BP, it had drawn up its budged for the period based on a rate of $62 a barrel.

A fall in stock prices

As the fall in oil stock prices continues, stock market prices and trading values are also falling. Certain groups, which have diversified from exploration and production to refining and distribution, have managed to limit the fall in prices. An example is Total, whose shares lost only 4% during the past month, as compared to other players like BP, whose share price fell 22% over the past four months, or Royal Dutch Shell, which lost 18% over the same period.

As a result of these factors, many analysts are recommending that investors move away from oil company stocks. Some funds have stopped investing in the sector with others likely to follow, so the sale of shares therefore looks set to continue. And finally, Barack Obama's announcement concerning his plan to combat global warming is not particularly reassuring for oil companies.

Overproduction of oil, the surging dollar, the Chinese economy slowdown and the return of Iran to the oil market have all contributed to lowering the price of black gold. Although Europe and Japan, as well as private individuals, are happy to see their oil bills drop, other parties will bear the brunt this 60% drop in price over the past thirteen months.

First of all, oil companies are penalized; their earnings have suffered considerably and this will impact employment throughout the sector as subcontractors and suppliers are pulled into the spiral.

Second, certain oil-exporting countries now find themselves in a very fragile situation. Although Saudi Arabia and Kuwait are in solid shape thanks to past earnings which have been invested in sovereign wealth funds, other countries, notably Algeria or Venezuela, have been badly hit.

In Algeria, where 70% of revenue depends on oil, all investment programs have been halted, which will have dramatic consequences on the population (employment, infrastructures, etc.). And for Venezuela, which is 95% depend on oil exportation, the situation could be catastrophic. In January 2015, Moody lowered the country's rating to Caa3, considering Venezuela to be a "very high risk" borrower because the cost of imports, particularly basic foodstuffs, has risen considerably. With an estimated inflation rate of 92%, Venezuela appears to be on the verge of bankruptcy.

As for Russia, which has already been strongly affected by international sanctions following its intervention in Ukraine, the country faces the strongest contraction of its economy in six years.

With low-price oil, Iran could also have difficulty strengthening its economy. But although the prolonged lowering of oil prices is most certainly not a good thing for oil-producers, OPEC does not seem ready to reduce its production quotas. Saudi Arabia, which can survive with low-cost oil, wants above all to retain its market share. Do the Saudis see this as a way to confront competition by American oil shale and maintain its domination with respect to Iran on the international stage? Only time will tell.

Over a barrel: paying the price for cheap oil