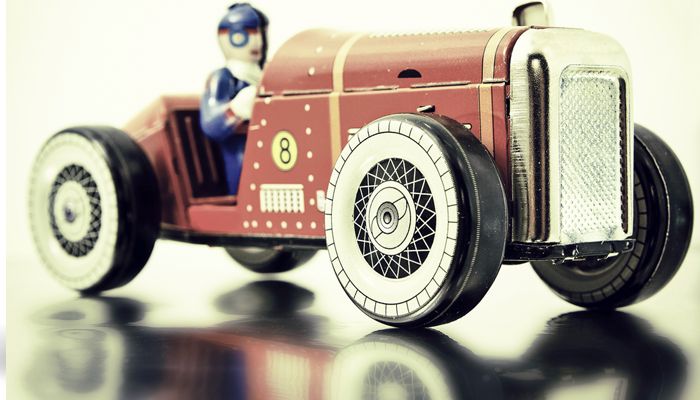 ‘Innovate or die’ is a familiar mantra. But as is so often the case, the truth is rather more complicated. Innovation brings with it considerable risks and costs and its success can depend heavily on timing. And as new research into Formula One racing teams has found, those who try to innovate the most often don’t reap any benefit from their efforts, even when circumstances seem to be at their most optimal.

Jaideep Anand of The Ohio State University’s Fisher College of Business, Alessandro Marion of LUISS University in Rome, Paolo Aversa of City University London and Luiz Mesquita of Arizona State University studied performance data from 49 teams over the course of 30 years of Formula One racing. They found that the teams that innovated the most - especially those that made the most radical changes to their cars - weren’t usually the most successful on the racetrack.

What’s more, radical innovations proved to be the least successful at precisely the times when many business leaders would be most likely to try them: when there were major changes in the regulatory environment. Or in the case of Formula One, when major rule changes were introduced.

“We found that it wasn’t always good to be the aggressive innovator,” said Jaideep Anand. “The conventional wisdom that companies need to embrace change is often wrong.”

Although the sport’s governing body introduces rule changes every year, these can be more far-reaching in some years than others, giving teams much more leeway to introduce innovative engineering solutions.

When the researchers compared how much the teams innovated each year and how well they performed in races, it quickly became apparent that while small amounts of innovation were generally a good thing, there was a point at which teams started to perform more poorly when they changed too much. And this was particularly true following major changes to the rules that gave teams more freedom to innovate.

“Teams sometimes believed that the more the rules changed, the more they had to change along with them,” Anand said. “But we found that small, incremental improvements were often better than big changes.”

That’s because Formula One cars - like many businesses- are interconnected systems. If you change one part of the system, you risk changing other parts of the system that you want to stay the same.

“There’s a risk when you make some kinds of changes that you won’t be able to make the whole system work together again,” Anand said.

The most successful teams made incremental changes that gave them the benefit of marginal gains without disturbing all the other parts of the system.

The research, published in the current issue of the journal Organization Science, includes a case study of one particular racing season - 2009 - that illustrates many of these points.

That year, the FIA approved a radical change allowing teams to use a new technology known as the kinetic energy recovery system, or KERS. As its name suggests, this stores kinetic energy from the heat generated by a car’s brakes in a battery or flywheel so that it can be used to boost acceleration.

But KERS came with costs. It added weight and complexity to the car and the driver had to learn how to use the technology correctly.

Several teams jumped at the opportunity to use KERS, believing the possibilities outweighed the potential costs. But while both McLaren and Ferrari won races using KERS-equipped cars, their overall performance that season was poor. Instead, Brawn-Mercedes and Red Bull-Renault - two teams that did not use KERS - finished on top in the standings.

“The KERS example in Formula One shows the dangers of jumping too quickly at the chance to innovate,” Anand said. “You don’t always get an advantage by moving first.”

The same lessons can apply to many businesses, Anand argued. Like some Formula One teams, many older, mature businesses are especially tempted by the siren call of nimbleness and agility. They believe that if they can innovate quickly, they can protect their market.

“But if you have a firm that has grown and prospered, you have traded innovation and constant change for efficiency and reliability. Those can be real advantages, too,” he said.

Anand said that, in his experience, it is often the top managers of a firm who most believe that they need to change and innovate more.

“Maybe they have too much exposure to management gurus and read too many books,” he said. “The mid- to lower-level managers are often the ones who see how change can create problems for the rest of the system. They are closer to the customers and supplier and shop floor.”

Anand cautioned that the results don’t mean innovation, even radical innovation, is not sometimes needed in business. “But we’re pushing back at the conventional wisdom that innovation is always good, and is always the right choice for business. Sometimes there is value in going slow.”

When you're not 'their boss'