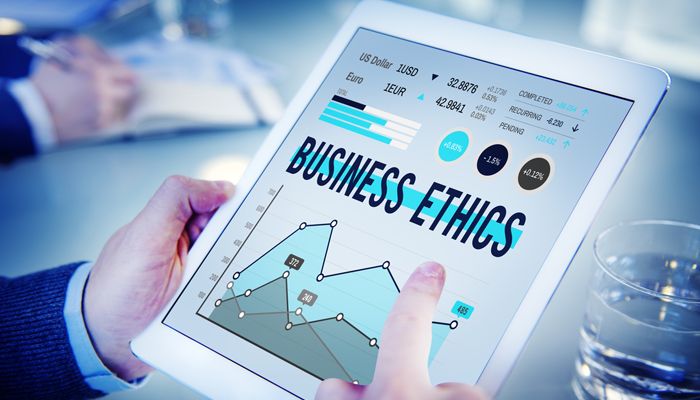 Ethics concept from from Shutterstock.com
Jul 20 2015 by Guendalina Dondé Print This Article

We hear a lot about different generations in the workplace - Traditionalists, Baby Boomers, Generation X, Millennials. But what does business ethics mean to them, and how do you engage them with ethical issues in the workplace? Understanding the different characteristics of the generations is fundamental in building a business culture founded on ethical values.

Both ageing populations and the new generation entering the workplace are creating new opportunities and challenges for employers. The proportion of Americans aged between 65 to 74 who are in the workforce is expected to exceed 30 per cent by 2022, while the employment rate of British workers aged over 65 has risen to over a fifth since 2003. At the same time, a new generation with different needs is entering employment and companies are seeking to attract and retain this new talent pool.

There can be large differences in assumptions, personalities and management characteristics between these groups, and this can also be reflected in their attitudes to ethical working practices.

Characteristics of the generations

Traditionalists (born between 1922 and 1945) were brought up during times of economic and political uncertainty, with life experiences that included World War II. As a result, they tend to be hard working, financially conservative and cautious.

Organisational loyalty is generally perceived as very important and keeping the same job for life is not unusual. They are not very risk-oriented and have great respect for authority. This tends to go hand-in-hand with ‘command-and-control’ leadership. Formal letters and face-to-face meeting are their preferred communication channels.

Baby Boomers (born between 1946 and 1964) were brought up in times of social and political changes and economic prosperity. Work has been a defining part of their approach to life and they tend to see the workday as at least 8 am to 5 pm, sometimes finding it difficult to maintain a good work/home balance. Their long term commitment is more to their job rather than to a specific organisation and they seek personal growth, recognition and gratification. The telephone is their preferred communication tool.

Our research suggests that Boomers and Traditionalists are less comfortable than other age groups to work with an ethics officer to deal with dilemmas, largely because they developed professionally before such a function became commonplace. Nevertheless, they are also notably less accepting of unethical behaviour than younger colleagues. Only around one in ten (12 per cent) Traditionalists agree that they would turn a blind eye on witnessed misconduct to help save jobs, compared to over a third (35 per cent) of Millennials.

Because both Boomers and Traditionalists show respect for authority, they tend to be more likely to listen to management and others in perceived position of power on ethical matters. They are, therefore, most responsive to ethics programmes with a more formal structure and are more likely to be aware of corporate standards, systems and processes.

Generation X (born between 1965 and 1982) grew up in a time of significant change. The institution of the family changed as divorce became widespread, while the economic and political situation became more unstable.

As a consequence, they developed behaviours of independence, resilience and adaptability more strongly than previous generations, but also a little cynicism and distrust towards authority. Gen X members are more ethnically diverse and they are much more segmented as an audience, being aided by the rapid expansion in cable TV channels and the internet.

Millennials or Gen Y (born between 1983 and 2004) have grown up in an electronics-filled and increasingly online and socially-networked world and this has had a strong impact on their approach to work. They were brought up with an ‘empowered’ parenting style, which has led to them not being afraid to express their opinion and having a tendency to be self-confident.

This group was also raised in a consumer economy and as such, expects to influence the terms and conditions of their job. They value a more flexible time schedule and social media plays a central role in their communication techniques.

Millennials’ sense of greater empowerment has resulted in expectations for companies to deliver more social and environmental change and work more collaboratively to tackle global issues. For example, according to research carried out by consultancy Global Tolerance in the UK, 62 per cent of Millennials surveyed want to work for a company that makes a positive impact, half prefer purposeful work for a high salary, and 53 per cent would work harder if they felt they were making a difference to others.

However younger workers are also more likely to observe misconduct, yet are less likely to report it and have less experience to help them deal with it. But, younger generations seem more likely to use tools and resources provided by ethics offices than their older counterparts, especially when they include social interaction and provision of support (such as helplines, mechanisms for seeking advice, training, etc).

These generational differences should encourage managers to tailor their communications about business ethics, rather than adopting a one-size-fits-all policy.

Although much has been written about ‘preparing for Gen Y’, while this is of course important in meeting the needs of the future workforce, it’s equally as important to remember that other generations will continue to represent a large proportion of the workforce for some time to come. But all employees - no matter when they were born - will benefit from innovative ways of communicating the importance of doing business ethically.

Guendalina Dondé is a Research Assistant at the UK-based Institute of Business Ethics.