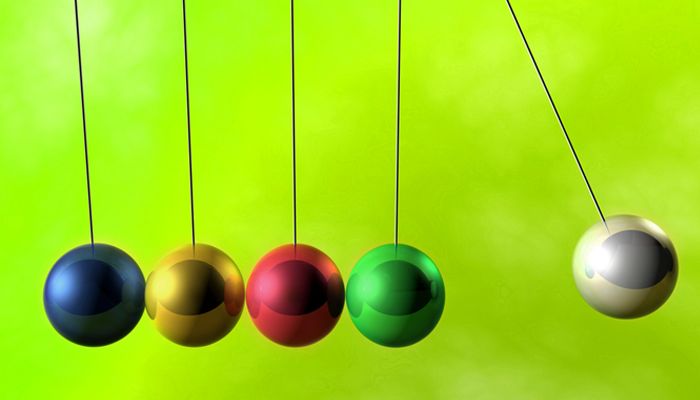 Earlier this year, Coface organized a symposium on current risks faced by countries worldwide. The French company, which handles public export guarantees on behalf of the French state, is also a globally-operating credit insurer providing companies with solutions to protect them against the risk of financial default of their clients.

Coface also produces a quarterly assessment of country risk for 157 countries to support international players looking to make investments or trade and help companies see through the geopolitical fog. In other words, trade risk is their business.

In an interview two years ago, Yves Zlotowski, the chief economist at Coface, observed: "It's worrying to see the increasing degradation of the situation in developed countries. In particular, I would highlight the uncertainty in the Eurozone, which is home to the majority of our risks. We have observed a sharp increase in outstanding debt in Europe that is very troublesome."

In contrast, he said, the situation in the majority of emerging economies was improving. “Overall, their economic fabric has become more resilient. A number of emerging markets have reduced their outstanding debt and are better able to resist external influences, a sign that they have been well managed."

Zlotowski's remarks highlight the dichotomy between the old industrial world and emerging markets. If we look at these markets today, the question is whether or not this contrast is still as pronounced as it was two years ago.

Emerging countries: the end of a growth spurt

From December 2001 when Argentina defaulted on its debt, to the Lehman Brothers bankruptcy in 2008, emerging countries benefited from a strong period of growth that was fuelled in large part by support from the international banking sector. However this decade of growth has now come to an end. The slow-down of the Chinese economy highlights a new phase for emerging countries.

According to Coface, six countries are particularly at risk in terms of their finances and exchange rate depreciation: Indonesia, Turkey, Brazil, South Africa, India and Russia. This group has been in continuous evolution. India and Indonesia only showed signs of fragility in 2014, while Russia joined the group in large part as a result of the Ukrainian crisis and the drop in oil prices.

Exchange rates are an indicator that help us measure the vulnerability of these economies. The exchange rate has a direct impact on the balance of current accounts and thus a country's solvency as seen by investors. It's interesting to note that despite what one would think, there is a decorrelation between these countries' foreign exchange reserves and the stability of their currency. Brazil and Russia, for example, each suffered currency crises despite their extremely high levels of foreign exchange reserves.

Coface describes the economic slow-down taking place in many emerging countries as "bizarre". Because while investments are being pulled out, household spending has stayed the same due to structural constraints (growing middle classes, increased wages, lower poverty levels, etc.). Moreover, since there is not enough national production to satisfy domestic demand, there is also an increase in imports and thus a degradation of these countries' budgetary and currency conditions (e.g. Malaysia and Thailand).

Worst of all, the increase in household debt is greater than growth and is causing an increase in prices, in particular real estate prices. According to the IMF, this "insidious crisis" is very similar to the 2007 real estate crash in the United States. As a result, it's essential to think about emerging countries in terms of internal indicators rather than solely looking at external factors. It's also important to look at the new relationships and hierarchy that are being created between these countries.

In addition to China, Brazil is also weakening. Coface believes an estimated Brazilian growth rate of 0.8% in 2015 to be more than optimistic. The reasons for this include the slowing of Chinese importations, which affect Brazil's external commerce, as well as serious internal, structural issues.

However, new emerging countries such as the Philippines, Peru, Indonesia, Columbia, Sri Lanka and Vietnam, have taken on the role of ensuring emerging market growth. Vietnam embodies the change that is underway. Over the past couple of years, the country has gone from being a sub-contractor for the Chinese textile industry to being an important producer of added-value goods. Electronics (such as smartphones) already represent 30% of the country's exports thanks to billions of dollars invested by Koreans.

The American resurgence and the uncertainty of the Eurozone

Overall, Yves Zlotowski considers the current economic situation to be better than it was in 2013. With a predicted global growth of 3.1% in 2015, he believes a real recovery is underway. And the United States has a key role to play in this recovery as the country will be responsible for a quarter of world growth.

The American resurgence (+2.9% GDP growth expected in 2015) demonstrates the country's incredible capacity to overcome difficult economic times, doubts and declines. Barack Obama was not completely out of line when he announced during his State of the Union address that "the shadow of crisis has passed."

The strength of the American economy can be attributed to its businesses and their incredible curbing of costs. Not just in terms of wages, but also energy costs with the development of shale gas and lower oil prices. Since 2012, labor costs have only increased by 4% while industrial production has increased by 12% (versus just 1% in the euro zone). This has allowed American industries to be competitive once again. We are seeing a real rebirth of industry, with automobile businesses for example running at 90% of their full capacity.

In contrast, however, the European situation remains uncertain. In particular, the Eurozone is expecting a very weak recovery in 2015 with +1.2% growth (which is better than 0.8% in 2014, but still well below the capacities of the zone's countries).

“After facing debt crises, Europe is now dealing with the risks of a heavy debt load that impacts recovery and maintains deflationary tendencies," Zlotowski says.

"Growth is also being slowed by geopolitical events whose outcomes are always uncertain. The Russia-Ukraine crisis for example is having a strong impact on the morale of economic players. Political risks in Europe are also on the rise and electoral campaigns in 2015 will have an important role to play in determining confidence levels."

From this perspective, France and to a lesser extent Italy, appear to be suffering from a combination of risk factors while the situation in countries such as Ireland, Portugal and even Spain appears to have improved.

Geopolitical factors are thus still an essential part of risk analysis. The Ukrainian crisis is enough to confirm this fact. While Eastern European countries such as Poland and Hungary demonstrate relatively healthy macro-economic foundations and rather positive growth predictions, Coface continues to place them under surveillance due to their strong dependence on Russian gas and the psychological impact of this crisis which is tearing apart the old continent. On the other hand, Coface gives countries such as Egypt and Tunisia a more positive outlook due the return of relative political stability after the Arab Spring.

India serves as another example of the influence of politics. The election of Prime Minister Narendra Modi in May of 2014 has been a determining factor in increasing confidence levels for the country's economy.

Economies are therefore still strongly dependant on political events. While this may seem reassuring from a democratic perspective, it's not necessarily the case from a security perspective as politics continue to be at the heart of conflicts over power and interests.

As Antoine Reverchon said in his preface to the Bilan du Monde 2015, by the newspaper Le Monde, realism makes it impossible for us to exclude the possibility of a war anywhere in the world. "The peripheral areas of Europe defined by the Middle East, North Africa and Ukraine saw the rise of violence to new high points before violence itself reached France during the attack at Charlie Hebdo on January 7, 2015."

That makes Yves Zlotowski remarks in his 2013 interview all the more prescient. "The world is probably more dangerous today,” he said. “But we have to recognize that before, we were happy to hide behind our delusions. It's up to us now to move beyond our unfounded convictions and face reality head-on."

Why MOOCs and executives don't mix

China and the world of tomorrow

Can China's maintain its competitive advantage?