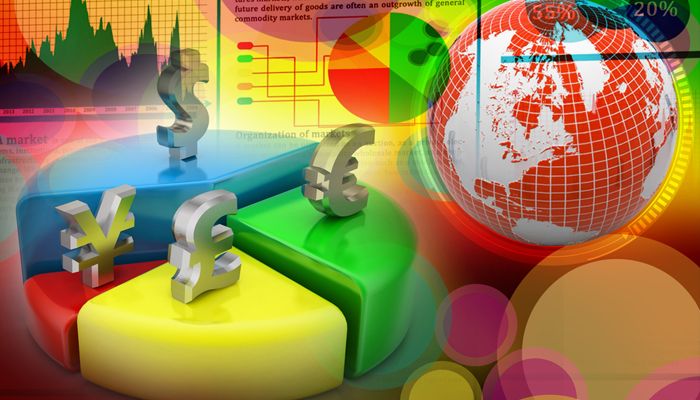 Currency isn’t just about economics. It’s a political tool, too. Countries use currency to defend their economic interests and weaken other powers. And with increasing globalization, businesses operating across different currency regions cannot avoid being impacted by variations in exchange rates.

The impact of monetary policy on businesses works both ways. So it's up to business leaders to understand the implications of these changes and adjust their strategies accordingly. They also need to be mindful of the fact that currency wars can also erupt as a result of political or economic tension and that when they do, business will get caught in the crossfire.

"The term ‘currency wars’ was coined to describe the sort of exchange rate and monetary policies adopted by governments embroiled in political-economic conflicts,” explains Jean François Ponsot, a lecturer at the Université Pierre Mendès France (UPMF) in Grenoble and a member of the group Economistes Atterrés (Appalled Economists).

“For example, it was a tactic adopted in 2009 and 2010 by the Brazilian government in response to the appreciation of the Real due to a massive inflow of American capital. This was one of the consequences of quantitative easing by the United States Federal Reserve."

These capital inflows put Brazilian exporters at a big disadvantage and led the government to tax foreign capital. But as a result, the Brazilian economy has stagnated since 2103, foreign investors have left the country and its currency has continued to depreciate. There are few clearer examples of the geopolitical impact of monetary policy on business.

For businesses in Europe, the big question isn’t about currency wars per se, but whether the US dollar will reach parity with the Euro. And if it does, what will the impact be?

"I’m sure that we are headed towards parity between the dollar and the euro," Ponsot says.

Until last summer, he argues, the Euro was the international monetary system's reference for adjustment. However, this began to change when the United States stopped encouraging a weak dollar (although the US doesn't officially have an exchange rate policy).

In addition, the Euro had remained strong in large part due to the EU's inability to forge an agreement on exchange rates in Europe. Yet when faced with decreasing demand from emerging economies (in particular for machinery) Germany seems to have accepted that the Euro would have to depreciation.

"This ought to be good news for European exporters because their goods will become more competitively priced. But that will only have an impact if there’s an increase in global demand as a result of this increased competitiveness,” Ponsot points out.

But to the East, currency is very much a political weapon. The fall of the Russian Ruble exemplifies how powerful currency can be as a means of welding political power. Caught between international sanctions and a slump in the price of oil, the Russian economy is in trouble. Financial markets have crashed and inflation is on the rise. Vladimir Putin has even had to try lowering grain prices by reducing exports and increasing domestic supply in the country.

For foreign businesses, this combination of political and economic uncertainty and nationalist conflict is a nightmare scenario. And according to Ponsot, Apple’s decision to suspend its online sales in Russia is symptomatic not just of a loss of trust in the Ruble, but it also typifies how companies can find themselves as pawns in a much larger geopolitical game as Europe and the United States seek to turn the screw on Russia's political ambitions.

Elsewhere, meanwhile, countries such as China and Japan artificially maintain undervalued currencies to stimulate their exports. And while far less dramatic than events in Russia, this is just another example of why business cannot afford to ignore the strategic implications of monetary policy. As Ponsot stresses, the more businesses are aware of the political aspects of monetary policy, the more they will be able to plan and react to changes before it's too late.

It’s a fake! Countering the counterfeiters