When love is in the air 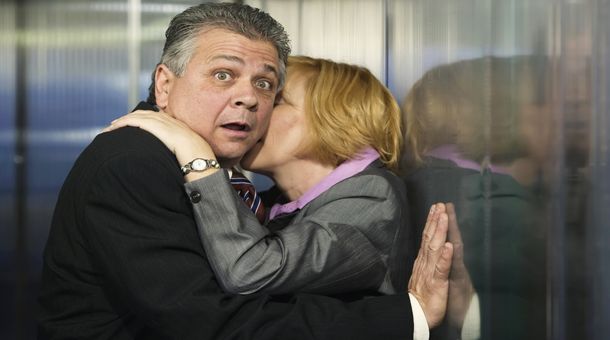 Given how much time most of us spend at work, it's not surprising that our offices can be fertile breeding grounds for romantic intrigue. But curiously, precious little research seems to have been carried out into how such liaisons are perceived by the co-workers of the various protagonists.

But in a new study, a team led by Sean Horan, assistant professor of relational communication in DePaul University's College of Communication, has set out to examine what factors influence how coworkers respond to a workplace romance.

According to "Love at the Office? Understanding Workplace Romance Disclosures and Reactions from the Coworker Perspective," published in the Western Journal of Communication, it is how other people learn about the romance, their personal views of the individual involved and the prevailing company culture that determine how a workplace relationship will be perceived.

Horan, along with coauthor Renee Cowan, assistant professor at the University of Texas at San Antonio, discovered that if coworkers found out from the couple personally, the reaction tended to be more positive than if they found out via the office grapevine or – worse still – caught them "in the act."

"Individuals had much different reactions based on how they learned of the romance," Horan said. "Being honest and upfront was better received than, let's say, walking in on your coworkers kissing in the parking garage or hearing it via office gossip."

How people personally perceived individuals in the relationship also plays a key role in their reaction, with the positions and titles of those in the workplace romance also playing a big part in their reaction.

In previous research, Horan found that when a coworker dates a superior, they are likely to be lied to more, trusted less and viewed as less credible. One participant in the current study noted, "I was just taken aback because I knew he was pretty high up with the company and she not so much."

Company culture also plays a big part in the perception of workplace romances. In less formal, more relaxed office environments which often have no official policies on inter-office relationships, romances between coworkers are more acceptable. The opposite is true of more formal environments where proscribed policies make it clear that they are inappropriate and unprofessional.

"It (the organization environment) kind of seemed like a college so it didn't seem too unprofessional," said another participant.

This is the fourth study in an ongoing series by Horan on workplace romance. "I've concluded a couple of my studies the same way by saying 'date at your own risk,'" he said.

"Employees need to be aware that their peers will communicate with them differently if they have a workplace romance. Importantly, such differences can influence productivity and performance. It's always awkward seeing your ex. Now imagine having to see them all day, every day at work."

A hotbed of passion?