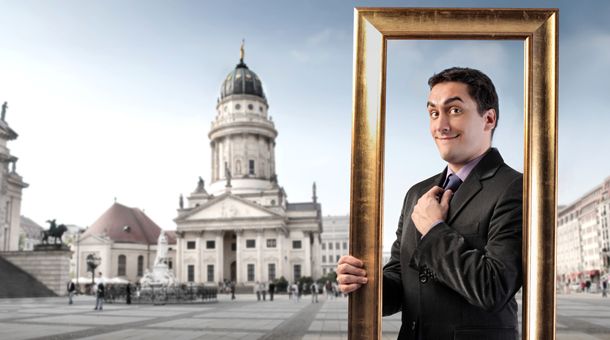 Image via Shutterstock.com
Jan 17 2014 by Brian Amble Print This Article

They might be arrogant, lacking in empathy, have an overblown sense of their own importance and happily exploit others to their own ends, but the trouble with narcissists is that they present themselves as individuals with vision, confidence and pride in their own accomplishments – all of which are desirable leadership traits. What's more, narcissists can be charming and persuasive on first acquaintance, breezing through interviews before they end up in the office next to yours.

Which is where the problems begin.

Because when narcissists do gain leadership roles, it's normally not long before their 'dark side' starts to appear, leading to behaviour that can be about as far from good leadership as it is possible to get.

Ask anyone who has ever had a narcissist for a boss and you'll hear about leaders who take credit for others' work, refuse to listen to any opposing points of view, surround themselves with yes-men, undermine anyone they perceive as a threat and trample over others to get what they want. Now, a study published in the journal Personnel Psychology has tried to come up with a definitive answer to the question: do narcissists make good leaders? The answer, as with many things, is "in moderation".

"Our findings are pretty clear that the answer to the question as to whether narcissism is good or bad is that it is neither. It's best in moderation," said Emily Grijalva of the University of Illinois, lead author of the study.

"With too little, a leader can be viewed as insecure or hesitant, but if you're too high on narcissism, you can be exploitative or tyrannical."

Individuals with moderate levels of narcissism have achieved "a nice balance between having sufficient levels of self-confidence, but do not manifest the negative, antisocial aspects of narcissism that involve putting others down to feel good about themselves," the study suggests.

The researchers reviewed existing literature and research and found that while narcissists are indeed more likely to attain leadership positions, there is no direct relationship between narcissism and leadership success - so putting to bed the notion that narcissistic leaders are somehow more effective.

But the research did discover a relationship between narcissism and leader effectiveness using previously unanalyzed data from Hogan Assessment Systems. Specifically, it seems that bosses with either extremely high or extremely low levels of narcissism make poorer leaders.

"Narcissists are usually very good in short-term situations when meeting people for the first time. But the impression they create quickly falls apart," said Peter Harms, assistant professor of management in University of Nebraska-Lincoln's College of Business Administration and a co-author of the study, "You soon realize that they are nowhere as good or as smart as they say they are."

Those in charge of hiring or promoting leaders for their organization should proceed with caution, he added. (And as we reported earlier this week on Management-Issues, one way to spot a narcissist might be to see how much they like to tweet.)

"Narcissists are great in interview situations -- if you can reduce a leadership contest down to sound bites, you will give them an advantage," Harms said.

"But as time goes on, they become increasingly annoying. At the personal level, they can be jerks. At the strategic level, they can take huge gambles because they're so confident they're right. They're either making a fortune or they're going broke."

The researchers said that organizations should be wary of creating hiring and promotion practices that cater to narcissists' strengths. But equally, they should not assume that very low levels of narcissism make better candidates.

Grijalva said more research is needed to determine if narcissists function better in some leadership situations than others. The risk-taking and persuasiveness of narcissists may make them strong leaders in the midst of chaos, she said, but those traits could create problems in a more stable environment.

In other words, as we've said before, ego – either too much or too little - will fail an organization, and smart companies need to recognize this.

Jeepers Batman, it's projects as usual!