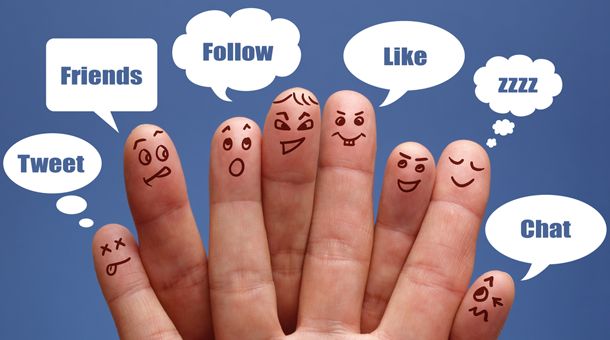 As we've noted before here on M-I.com, narcissism is on the rise, bringing with it a host of toxic traits that the workplace can do without. But with American college students now scoring 30 per cent higher on the Narcissistic Personality Inventory than they did in the 1980s, it seems as if employers have their work cut out to cut out the narcissists.

The problem, of course, is that if everyone views themselves as an important person who is entitled to special treatment, managers have an impossible task when it comes to eliciting the teamwork and cooperation that contemporary workplaces demand.

With prevention being better than cure, learning how to spot narcissists before you hire them would seem to be a good policy. The trouble is, spotting narcissists can be tricky. But help is at hand in the unlikely shape of our old friends, Facebook and Twitter. Because according to new research lead by Shaun Davenport, Assistant Professor of Management at High Point University, North Carolina, narcissists like to tweet and they like making their mark Facebook.

The study, published in in the journal Computers in Human Behavior, found that narcissism is a primary driver for the desire to accumulate Twitter followers, which in turn drives narcissists to tweet. And similarly, narcissists post more Facebook status updates.

But there's a crucial difference between the two. Twitter is the preferred destination for college students, while adults prefer using Facebook. Moreover, an adult's posting on Facebook is less likely to reflect narcissistic motives than a student's cultivation of kudos on Twitter.

In fact as far as college students go, the researchers found no significant relationship between narcissism and the active use on Facebook. But for older adults, Gen X and Baby Boomers, they found that narcissism was both directly and indirectly related to active Facebook usage.

The reason for this, they suggest, is that college-age students simply take Facebook for granted, viewing it "as a means of communicating with others, just as previous generations might have used a telephone." In contrast, "Older generations who have not grown up with this tool require a more intentional reason to 'update status,' as it is not part of their social norms." And narcissism can be one of these reasons.

Since it's fool's errand to think that narcissism can be corrected through organizational intervention, this research suggests that if you want to spot narcissists at the very beginning of their careers, seeing how much they tweet might be a good place to look.

Exercise can help your work-life balance

The myth of the social-savvy job seeker

Entitlement-minded staff more likely to accuse their boss of abuse