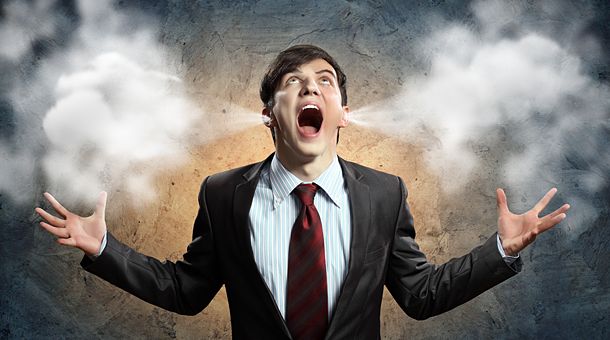 Barely a day seems to go by without the appearance of some new product, service or technological marvel vying for our attention and our hard-earned cash. But while the pace of this development never seems to slow, there's an element that always seems to get left behind.

Customer service - despite the endless corporate platitudes about its importance and the big-money efforts they're making to improve it – remains the bête noire of American consumers, who are more dissatisfied than ever with the products and services they buy.

According to a 'customer-rage' study by Customer Care Measurement and Consulting (CCMC), 56 million American households experienced at least one customer care problem during the past 12 months, and about $76 billion in revenue was at stake for the businesses involved.

The study, based on one originally conducted by the White House in 1976, is the sixth of its type to be carried out and offers a clear picture of customer satisfaction over the years.

"We found satisfaction is no higher than reported in 1976," said Scott Broetzmann of CCMC. "People are frustrated that there are too many automated response menus, there aren't enough customer-care agents, they waste a lot of time dealing with the problem, and they have to contact the company an average of four times to get resolution."

"If a company handles your complaint well, then you typically become a more loyal customer. However, if they don't, then you become 12 per centage points less brand loyal than if you never complained at all."

"The moral of the story: Don't invest in improving your customer service unless you're going to do it right."

Digging into the detail of the report, it's seems that customer care is increasingly falling short of expectations and that Americans are more likely to complain about it and more likely, too, to get angry.

The proportion of people reporting customer problems went up from 32 per cent in the 1976 study, to 45 per cent in 2011 and 50 per cent in 2013. Meanwhile, the number of households experiencing so-called 'customer rage' increased from 60 per cent just two years ago to 68 per cent this year.

Consumers are yelling and cursing at customer-service representatives more when dealing with their problems, the survey also found, with yelling up from 25 per cent in previous rage studies to 36 per cent now, and cursing up from 7 to 13 per cent.

So just why are customers so frustrated? Largely because the majority of those who reported a complaint – 56 per cent – say they got absolutely nothing as a result, up nine percentage points since 2011.

But if there's one thing every organization should take away from the survey, it's this. When companies offered some sort of free remedy– something g as simple as an apology - to any other monetary relief they gave customers, satisfaction doubled from 37 to 74 per cent.

So remember, saying "sorry" costs nothing but can repay you many times over.

What you say. What your customers think

The emotional impact of customer service

The ingredients of customer delight