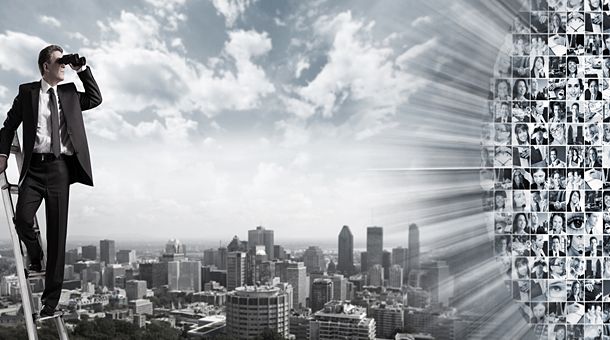 Is your organization is one of those that likes to pry into job applicant's social media activities? If so, read on, because according to new research from North Carolina State University, companies that invade the privacy of job applicants in this way risk alienating potential employees and driving away the very top job candidates they hope to attract.

"The recruiting and selection process is your first indication of how you'll be treated by a prospective employer," says Will Stoughton, a PhD student at NC State and lead author of the research. "If elite job prospects feel their privacy has been compromised, it puts the hiring company at a competitive disadvantage."

The researchers did two studies, which returned similar results. In the first, 175 participants who had applied for a job online were told that their Facebook accounts had been reviewed for "professionalism," and that a decision on whether they'd been hired was forthcoming.

Of the 175 participants, two-thirds reported finding the prospective employer less attractive because they felt the Facebook screening was an invasion of privacy that reflected poorly on the company.

The job offer made little difference, with six out of 10 of the participants in both groups reporting a negative perception of the potential employer because they felt their privacy had been violated.

What's more, six out of 10 of the participants in the second study said they were significantly more likely than a control group that wasn't screened to take legal action against the company for invasion of privacy. This question wasn't included in the first study.

"This research tells us that companies need to carefully weigh whatever advantage they believe they get from social media screening against the increased likelihood of alienating potential employees," says Dr Lori Foster Thompson, a professor of psychology at NC State and co-author of the paper.

"Elite job prospects have options, and are more likely to steer clear of potential employers they don't trust."

The paper, "Examining Applicant Reactions to the Use of Social Networking Websites in Pre-Employment Screening," is published in the Journal of Business and Psychology and was co-authored by Dr Adam Meade, a professor of psychology at NC State.

Do webmeetings make you paranoid?

The power of influencers