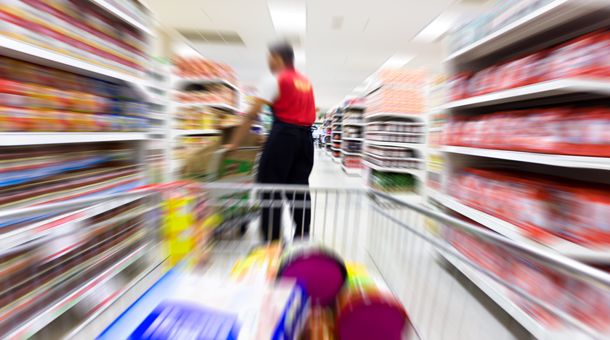 If a pharmacist has an aching back, are they more likely to reach for a box of unbranded Ibuprofen costing less than a dollar or a box of Advil – the same drug in a different box - costing many times more?

As we all know, companies spend millions developing and promoting branded products whose added value can sometimes be hard to quantify. But according to new research, the most educated customers can see beyond the hype and glossy packaging and are far more likely to buy generic or own-brand products than the average consumer.

The study, by the University of Chicago's Booth School of Business, reveals that knowledgeable shoppers, such as professional chefs and qualified pharmacists, will shun the big brand names in favor of cheaper generic or own-brand products when they're buying things for their own consumption.

They found that when chefs go shopping for their own food, they devote more than 80 per cent of their purchases to private (own brand) labels compared to 61 per cent for the average consumer. Overall, chefs are 13 per cent more likely than the typical shopper to buy the generic version. In pharmacists the preference for generic drugs is even more marked, with almost 90 per cent of headache remedy purchases being unbranded generic drugs compared 71 per cent for the average consumer.

"If you look at places where generics and brands are very similar, if people were informed, they wouldn't buy brands," Matthew Gentzkow said.

The study points out that if everyone in the United States shopped like these in-the-know professionals, spending on name-brand basic goods would fall 24 per cent, saving consumers $20 million per year on basic goods and $340 million on other food and drink categories in the study.

The researchers analyzed purchase data obtained through a partnership between Chicago Booth's James M. Kilts Center for Marketing and the Nielsen Company. Then they matched those results to a separate survey asking respondents to list their occupations.

The Booth researchers' study, "Do Pharmacists Buy Bayer? Sophisticated Shoppers and the Brand Premium.", co-authored with Bart J. Bronnenberg of Tilburg University in the Netherlands, is published in the fall 2013 issue of Capital Ideas.

Enough about leadership! It's time to remember how to be a good manager

Meaning and the experience of brand