How to manage a workaholic 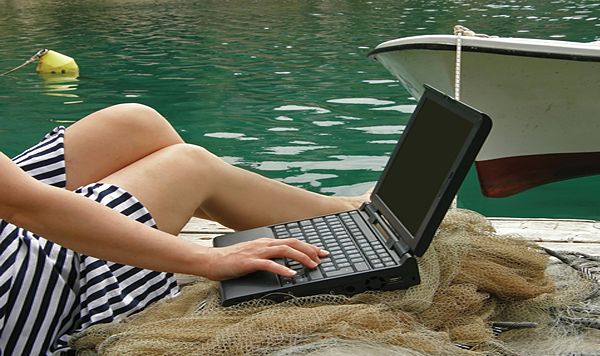 Landd09 | Dreamstime.com
May 22 2013 by Brian Amble Print This Article

Like any extreme behaviour, workaholism has some significant physical and mental downsides, combining a sense of job satisfaction and creativity with high levels of frustration, stress and exhaustion.

The Japanese coined the concept of "Karoshi," or death by overwork, while Norwegian researchers have developed The Bergen Work Addiction Scale to measure just how close to Karoshi you work habits are taking you.

Of course the serious point here is that the glorification of hard work in many cultures disguises the very damaging effects of workaholism and means that organisations and managers are often blind to its implications.

But a new Florida State University study aims to redress this by suggesting practical ways that managers can help workaholic employees stay healthy and effective on the job.

Wayne Hochwarter, Professor of Business Administration in Florida State's College of Business, studied more than 400 employees in professional and administrative occupations and found that as many as six out of 10 identified themselves as workaholics who characteristically "feel guilty when taking time off."

"We found that there is an optimal level of workaholism for job effectiveness and positive health," Hochwarter said. "However, when in excessively low or high ranges, both the company and the employee are likely to suffer."

Identified workaholics were divided into those who had access to resources, such as personnel, rest, equipment and social support at work, and those who did not.

"We discovered that workaholics really struggle when they feel that they are alone or swimming upstream without a paddle," Hochwarter said.

So with the current economic climate meaning that workaholism is likely to remain alive and well for years to come, how can managers guide the efforts of workaholics in positive directions?

First, they ought to meet with workaholics to determine what physical and social resources they need and then help increase their accessibility to those resources in fair and reasonable ways, according to the researchers.

Managers often assume that workaholics simply want others to get out of their way. But in reality, Hochwarter said, the goal of most workaholics is to contribute to the company, achieve personal success and see how their efforts affect the bottom line, all objectives that are much more likely achieved with resources.

Second, managers need to have more realistic expectations, they said. Workaholics are often the company's most productive employees — serving as the manager's "go-to" worker when an important project surfaces or a deadline looms. Because of their value, managers have a tendency to run workaholics into the ground, promising a future chance to recharge that often never happens.

"Having realistic expectations that take into account both the work and the person doing the work, is essential," Hochwarter said. The warning signs of burnout are recognizable and, if ignored, they will eventually lead to unwanted outcomes ranging from declining performance to death.

Workaholism: hard but not smart

Breaking the ties of engagement

The benefits of workaholism

Is work worth the sacrifice?

Overwork. It's a sin

Are you guilty of clock abuse?