Obese Americans are more likely to get injured at work, take more time off and are twice as likely to cost their organisations in injury claims than their thinner colleagues.

The controversial findings come from a study by researchers at Duke University that has concluded that the heaviest employees had twice the rate of workers' compensation claims as their fit co-workers.

The fattest workers had 13 times more lost work days because of work-related injuries and their medical claims for those injuries were seven times higher than their fit co-workers.

Overweight workers were more likely to have claims involving injuries to the back, wrist, arm, neck, shoulder, hip, knee and foot than other employees, the study of 11,728 people found.

The researchers found that workers with higher body mass indexes, or BMIs, had higher rates of workers' compensation claims.

The most obese workers – those with BMIs of 40 or higher – had the highest rates of claims and lost workdays.

Study co-author Dr Truls Ostbye stressed employers should not view the findings as a threat. Rather the study could be seen as recognition of the value of encouraging and sponsoring fitness programmes.

"There are many promising programs," Ostbye said. "We'd like to see more research about what is truly effective."

The findings add fuel to the debate about how an ageing workforce, sedentary lives and poor diet are increasingly putting Western economies at a competitive disadvantage.

Earlier this year, research by PricewaterhouseCoopers' Health Research Institute in conjunction with the World Economic Forum identified chronic disease as a growing and costly threat to companies and their workers.

Its study called on chief executives worldwide to make "wellness" central to their corporate business strategy, suggesting that multinational employers had the greatest stake in and best opportunity to prevent chronic disease.

Vacation stress is getting us down 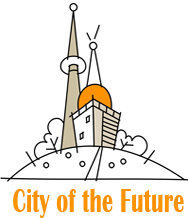