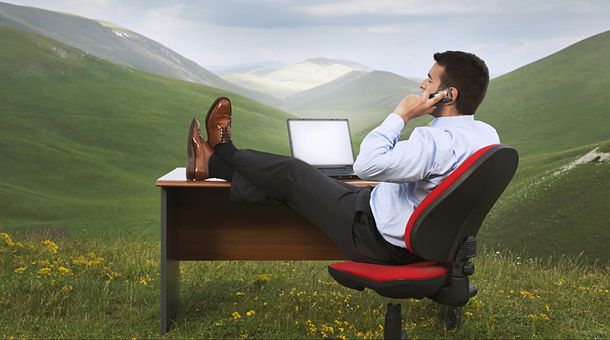 Image from Shutterstock.com
Dec 07 2016 by Wayne Turmel Print This Article

Apparently remote and virtual workers leave their jobs at a slightly higher rate than those who work in a fixed location. Are they simply ungrateful weasels, or would something else explain this increase in turnover?

In speaking to several recruiters I know, there are a couple of things that explain the number of people who jump ship (or don’t). One is perhaps obvious and there’s not much you can do about it. The second reason is more nuanced and it’s where leaders can make a huge difference.

Basically, the feeling among recruiters is that it’s easier to convince remote workers to move to a better/ higher paying/ more interesting job because: a) there are few barriers to changing jobs, and b) people who are emotionally engaged with their employer, their team mates and their work are just as likely to stay as other employees. If they are not engaged, however, they are more likely to jump ship.

Given that the cost of replacing a knowledge worker is roughly 5x their salary, it’s important that we address what we can, as vigilantly as possible.

For the first reason (the low barriers to change) there’s not a lot you can do. Working from home has eliminated many of the factors that go into choosing an employer or leaving for a better offer. When you work from home, the conditions of employment don’t change much no matter who you work for. Odds are the working hours will be the same, so there are no major changes in routine to take into account. You won’t have a longer or easier commute, your childcare needs are the same, the daily routine you’ve established probably won’t change much, and your banking is all done electronically so it’s not like you’ll have to go out of the way to deposit or cash checks.

If one job is as good as another, only the name on your business card changes; so why does it matter which one you take? A minor change in pay, or a chance to do more interesting work will likely seem like an easy change to make - and why not?

That means the real difference between your best people leaving and staying rests in the second factor. People who take pride in their work and the organization they work for aren’t in a hurry to go anywhere. People tend to stay in jobs where they have strong personal relationships with the folks they work with and for. If they like their teammates and feel appreciated by their manager, they are less likely to leave whether they are remote or working in a cubicle farm.

While it’s become a buzz word and is easy to ignore, people who are engaged with both their employer and their work (and they aren’t the same thing at all) have little to no motivation to change jobs. A slight pay raise won’t impact their decision one way or the other. Studies have shown that happy employees require more than a ten to fifteen percent salary increase to be really tempted to leave their current job. Unhappy employees will often accept a lateral move or a slight increase and not think twice about it.

As an organization and a team leader, what steps are you taking to ensure that people are really connecting to the work they do, your organization and your teammates? If the work has devolved into lonely silos, mind-numbing tasks and no fun with their co-workers, why would they choose to work for you when the phone may ring at any moment with another, more tempting, offer?

As so often happens, we ignore the “soft” side of the business at our peril. How are your people doing?