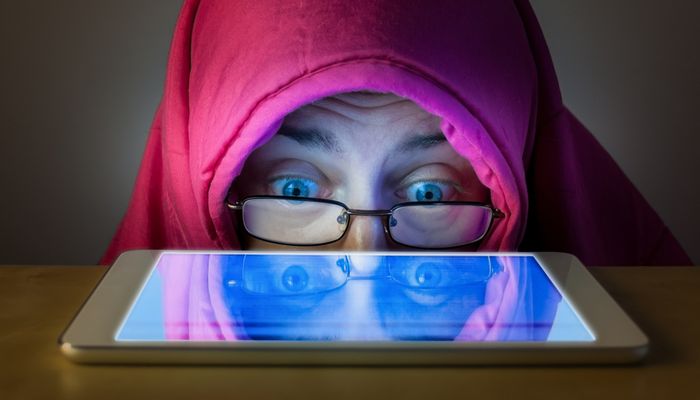 Man scared of technology from Shutterstock.com
Jun 22 2016 by Wayne Turmel Print This Article

So you’ve identified a problem in your company that can be solved with technology. You’ve found the technology that will do the job. You’ve even paid for it. You’d think from here it’s a simple matter of getting people to use it. A little training and we’re good to go. Good luck with that.

As anyone who has ever done a tech rollout will tell you, choosing and purchasing the software (or the machines) is the easy part. Nearly all the overages, costs and failures are during the implementation stage. In other words, everything is fine as long as actual human users aren’t involved.

The truly frustrating thing is that no matter how talented and intelligent those people are, there are still unexpected challenges in getting people to use them. The most frustrating one for many is the complete failure of logic to persuade these folks to get with the program.

Here’s an example. I was doing some training with a group of very smart professionals about virtual meetings, and the subject of webcams came up. Now, I always use a webcam for these classes, and I asked what value people saw in them.

The responses were pretty much as I had expected:

So then I asked the question that brought the room to a halt. “So, would it be a good idea to use video with your remote employees, teammates and customers?”

These smart, competent, driven people lost their collective minds. Some of the responses:

So what gives? These folks admit there are significant advantages to using a tool, they possess the necessary equipment, and it’s even a highly suggested (although not mandatory) best practice. The reasons everyone gave could be overcome with logic and patience. Except none of the real objections had anything to do with logic. They readily accepted the logic of the decision, even though they have no plans to implement it.

For many people the powers of habit (this is the way we’ve always done it), priority (I have better things to do than learn a new software when the old one gets the job done) and social conditioning (the way I look matters, and I hate the way I look on camera) combine to overpower the financial and logical arguments too many organizations rely on to get compliance.

What are the emotional and psychological barriers to using a certain tool? If you don’t know, you’re not ready to roll it out because you haven’t asked the right people. We might be surprised by the answers. For example, you can overcome the “I look terrible on camera” argument by managers promising not to expect on-camera conversation without proper warning. Workers who don’t want to get caught un-showered in their AC/DC t-shirt and bunny slippers won’t be exposed and will be camera-ready, even if they’re still uncomfortable about the process.

Logic is an important part of decision making. But it’s also highly over-valued when it comes to convincing people to do anything.

Confessions of a software provider