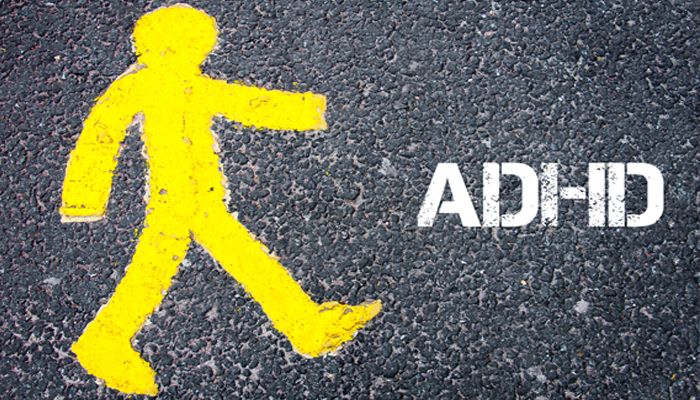 In my last post, we discussed identifying and helping those of your team members who may have Attention Deficit Disorder (ADD) or Attention Deficit Hyperactivity Disorder) ADHD. While understanding why that person is hard to manage is one thing, are there specific steps you can take to make meetings less painful and the day-to-day job of supervising less of a chore?

Rick Green, whose comedy writing I have long admired, is a producer, director and comedian who was diagnosed with ADHD and went on to produce an award-winning documentary on Adult ADHD called ADD & Loving It? This inspired the website TotallyADD and over a dozen full length videos exploring every aspect of ADHD.

When managing someone who isn’t physically in the same location, what are some of the problems (for both the manager and the employee) that can arise?

Short deadlines are crucial. Break big jobs into small steps. Think of the employee with ADHD as a great batter, standing in a batting cage. Pow, Pow, Pow. That’s us. Not great at the routine stuff, but full of energy and enthusiasm when we’re engaged.

Understand that the employee may do their best work at night. (We have a great video on ADHD & Sleep. It’s a big issue.) We can be night owls. That’s why I loved doing live theatre. At 8:00 pm as people are winding down I’m wide awake and raring to go.

Communication is tricky. A lot of people with ADHD have dyslexia. Or we skim read. (Instructions? I’ll just look at the picture of the Barbecue on the box it came in and figure it out.) So being clear, and having the person repeat back what they are to do is helpful.

Offer tons of praise. We’ve spent our whole lives messing up simply things that other people seem to do easily. And yet we will also dismiss the incredible things we can do, assuming everyone can do them. We don’t value our strengths. I figured anyone and everyone could sit down and write five comedy skits in one day. The result is that we get far more negative feedback. So praise, real praise and public acknowledgement is a great gift.

Don’t give us long deadlines. I’m thinking of a television writer I know who has ADHD (Don’t they all. Ha.) He was called by a production company because they had a script for a series that wasn’t working at all and they needed him to rewrite it as quickly as possible. He went home, wrote all night, came back the next morning and completely fixed it. Brilliant rewrite. They were so thrilled they gave him two more episodes to write but said, “There’s no rush. We won’t need them for three weeks.” Guess what? He never got them done.

Be prepared to have someone else handle the paperwork, or proofread our work. A smart boss who has ADHD salespeople will hire someone to handle all of their invoicing and expenses so they are free to do what they do best - meeting people and selling.

You make ADHD sound like a super power, but in reality, it can be stressful to work with someone like that (or so every person I’ve ever worked with has told me.) What are some tips for managers to help ADHD and easily distracted employees be more productive in meetings?

Keep meetings short. Or let the folks with ADHD report first and then dismiss them so they can go do what they do best. Sitting and listening and sustaining attention... Not our forte.

Allow the employees to pace. Steve Jobs had meetings while walking. That’s great for anyone’s energy and creativity, but especially for folks with ADHD. (NOTE FROM WAYNE: I have a confession to make, I often stand at the back of rooms during meetings. Standing helps me focus and burn off energy that would be otherwise spent doodling all over my nicely printed handout. It’s nothing personal, pay me no attention. I’m really not trying to be a distraction.)

Allow the employees to doodle or fidget. The neurology is complicated but we do focus better when we have something simple that engages us.

We can be incredibly enthusiastic about new things, new projects, new toys. So we’ll say ‘yes’ to everything and end up over-committing. My business coach is always having to remind me to say no, or put things off for ‘one day.’

Don’t berate them if they tune out. And don’t assume because they don’t appear to be listening that they are not. In fact, they may have their eyes closed to help them focus on what is being said, not because they are bored, ticked off, or rude.

Are there things an online presenter can do to make webinars less painful for the ADHD audience member (and it would probably benefit the general audience as well)?
Categories:
Team Working
more articles