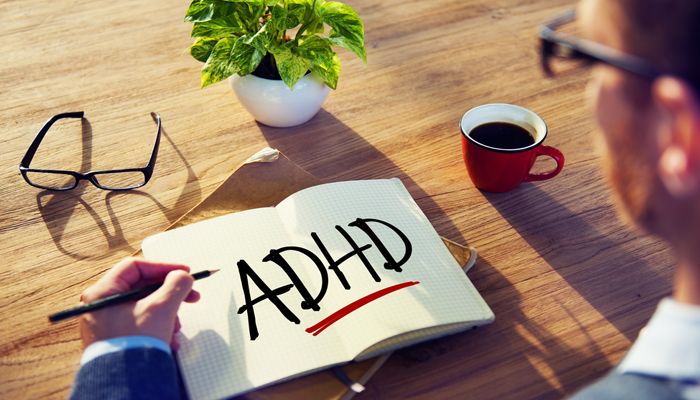 I have never been diagnosed with ADD (Attention Deficit Disorder) or ADHD (Attention Deficit Hyperactivity Disorder), but anyone who knew me as a youngster understood immediately why my parents banned sugary cereals from the house, while my teachers seemed to take enough sick days to be statistically significant.

My workstyle has been charitably described as “frenetic”. I pace in meetings, even (maybe especially) ones I’m really interested in. In short, I’m a handful to manage and sometimes annoy teammates. You probably work with someone like this.

In fact just under five percent of the adult population in Western Countries are believed to be somewhere on the Attention Deficit Spectrum, and most are undiagnosed. How do companies and individual leaders deal with their people who struggle to focus more than others?

Rick Green is the founder of TotallyADD.com, an independent online community dedicated to the education and support of adults with Attention Deficit Hyperactive Disorder (ADHD). Rick has become a leading figure in adult ADHD after producing hundreds of television, radio and stage shows in North America.

Even though I fit the classic mold, I am highly skeptical of defining everything as a disorder or medical problem. I asked him some questions about how ADD can impact teams and how managers can work with their people more effectively.

What’s the difference between true ADHD and a low threshold for boredom?

I’d say there’s no difference. If you’re easily bored, are physically and mentally restless, poor on details, have lots started but not much finished, always saying ‘yes’, struggling with paperwork, but are also charismatic, funny, a lateral thinker, novelty seeking, risk-taking, intuitive, inventive, loyal, and productive in short bursts, consider getting checked for ADHD. Our website, TotallyADD.com, has a couple of great tests.

If you look at the traits I’ve just listed, you can see there are potential strengths. But the challenges can sabotage those. ADHD is about neurology. It’s 24/7. It’s been there since we were young. It’s all we’ve ever known. And if we’re lucky, as I was, we find ways to survive and even thrive. But once you have a proper diagnosis, everything changes.

Understanding ADHD means you suddenly have an explanation for why you have started nine companies and why you’ve run them all into the ground. That’s what makes it so life-changing. And that’s why it’s nothing to fear. I do now know a single ADHD person who regrets finding out. All of them wish they’d known sooner. It would have saved a lot of time, energy, money, relationships, and blows to one’s self-esteem.

What are the signs a manager should watch for that an employee might have ADHD?

Understand that ADHD is far more than simply inattention. It’s uneven attention. Sometimes we can hyper-focus if we’re interested. Richard Branson and other entrepreneurs who have ADHD are able to channel their focus. At times like this we can be relentless. The problem comes when we are focussed on the wrong thing, a trivial task, something that is rewarding. Rather than what needs doing.

ADHD is a problem with Executive Function. Not just managing our attention, but our energy, emotions, physical and sensory overwhelm, time management, keeping track of things, working memory, and more. And the brain is complex, so every ADHD individual has different challenges and potential strengths.

I’m not great at tracking my finances. But I can sit down and come up with a dozen comedy skits. Or a dozen ideas on how to improve a friend’s business. Or ideas for an ad campaign.

Studies have shown folks with ADHD score higher for all types of creativity. Don’t give us routine jobs that require patience, repetition, or many, many steps.

How does having ADHD impact a team, and how can you help that person be perceived as a good teammate and not a distraction?

One issue is whether other team members need to know that someone has ADHD. There’s so much ignorance and misunderstanding, it’s tricky. We have a video called “Who To Tell” that delves into the issue of disclosure in detail.

Another issue is that in the right job we can be superstars. Being interested and engaged is critical for people with ADHD. It may help to think of folks with the ADHD mindset as sprinters. Not marathoners.

Bring them into the process for brainstorming ideas, doing creative thinking, creating ads, or adding designs, perhaps even having them brainstorm potential problems and roadblocks. Then let them come up with solutions. Allow them to have input on any and every part of the project that interests them.

Give them challenges. Let them find solutions. Look to them for game-changing ideas. Be prepared, as well, for dozens of ideas that can’t work or are not practical. But don’t judge them right away, just capture them all.

Sometimes ideas will be ahead of their time, or so radical they will seem ridiculous at first glance. As well, sometimes wild ideas will then trigger more ideas that suddenly trigger a brilliant and practical solution that you can use. That requires the manager and the rest of the team to be willing to suspend judgement and trust it may lead somewhere eventually. Or it may not.

Winston Churchill, who showed all the signs of ADHD, came up with 100 war-winning ideas a day, only a couple of which were any good. So despite his enthusiasm for them, his staff had to spend many hours talking him out of his zany ideas. But as one of his aides noted, even though many ideas were useless or impractical he came up with three or four good ideas every day! No one else even came close.

Once the brainstorming and blue-sky thinking is done it’s time to allow the other team members, the ones who are great at detail work and following through, to turn the ideas into reality. When the team gets stuck, bring in the folks with ADHD again to brainstorm ideas and offer solutions.

While team members who are good at following linear processes, step by step, and tracking process may find that the project takes all of their attention, that may not be true for the ADHD person. In fact, once they’ve contributed their great ideas, they may be happier to move on to a new project, or even several.

Next time, we’ll look at some practical tips for running meetings those with ADD can actually attend without imploding.

How to manage a workaholic