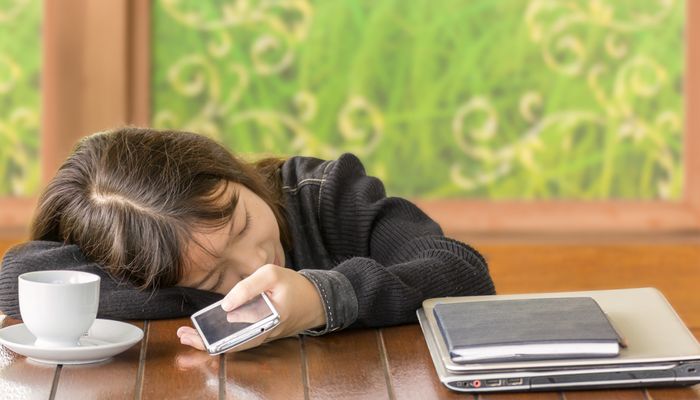 Bored woman sleeping at her desk from Shutterstock.com
Apr 21 2015 by Wayne Turmel Print This Article

One of the biggest workplace issues of the day - and this website is absolutely loaded with articles to prove it - is employee engagement. Year after year we’re told that that fewer than a third of employees are actively engaged at work. This, it seems, is the fault of careless employers who just don’t care. If they only offered better benefits, or free pizza, or allowed webcams, or let us bring in our shih-tzu to the office, employees would re-engage to give their best efforts and all would be well with the world.

There’s only one problem with that theory: it’s nonsense.

Before you scroll down to the comments section to fire off angry rebuttals, hear me out. I’m not saying that employers don’t make a difference to employee engagement levels, they do. The fallacy, though, is that engagement is something you can do to other people.

The theory goes that if you act a certain way, your employees will reciprocate your feelings and give you a better effort. The problem is that employee engagement happens solely on the part of the individual worker. Don’t believe me? Consider your love life.

I don’t want to pick at any emotional scabs, but have you ever been wildly in love with someone who didn’t feel the same way about you? The sad truth is, you can’t make someone love you. You can make a conscious effort to attract them, and some of us can come up with 150 ways to drive someone away, but only the other person can decide to accept you or not. Same thing with work, although there have been fewer good songs written about it.

I’ve been noodling this for a long time, and so often in life it’s only when people smarter than you put it in words that you think, “yes, I’ve been thinking exactly that.” In his new book, ‘ Triggers, Creating Behavior that Lasts, Becoming the Person You Want to Be,’ Marshall Goldsmith makes the same argument. Engagement is internal to the person in question.

In Goldsmith’s opinion, the people who are actively engaged choose to be engaged. The ones who aren’t might blame outside factors like the employer, the economy, their home life or Obama, but at the end of the day it’s a pretty consistent percentage of the population that falls into each camp.

Goldsmith suggests asking ourselves direct, engaging questions. Rather than “were you engaged at work today?” which implies that there are multiple external factors at work, he suggests asking questions that start with something simple. “Did I do my best to be engaged?” or “Did I do my best to successfully reach good outcomes for my customers?” Those questions create an entirely different mindset.

Now, if some of the answers are followed up by, “how can we help?” or “how did we get in the way?”, that company can really move the needle and help people engage. See the difference? You can’t force engagement on people, but you can help them engage.

This is not to imply that companies don’t do an awful lot to create conditions under which people actively disengage. They do. Working conditions, pay, manager-employee relationships and even pizza parties all can help or hinder your efforts to engage people. At the end of the day, though, it’s up to each employee.

There is an old saying (attributed to Buddha although he never actually said it), that ‘pain is inevitable, misery is optional’. The same goes for engagement. Our workplaces might be absolutely crazy and even soul-sucking, but how we respond to that craziness and whether we allow our souls to be slurped up is up to us, whether there’s free pizza or not.

A is for Apathy

Can a coin help to rebuild employee engagement?

Disengagement: when the flame dies

Breaking the ties of engagement

Getting to the heart of the disengagement gap