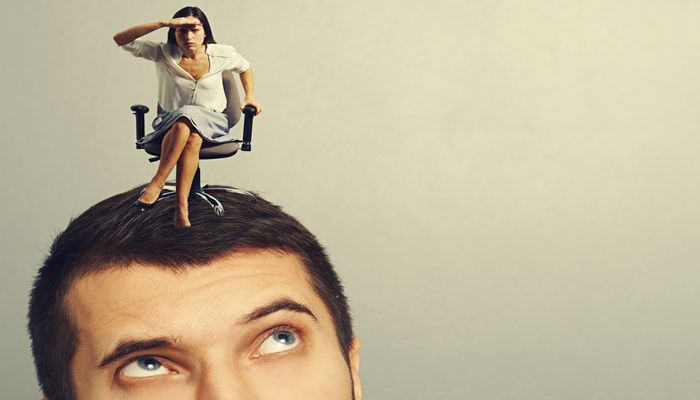 Woman sitting on a giant head from Shutterstock.com
Apr 09 2015 by Wayne Turmel Print This Article

Let’s be clear. None of us would intentionally do anything to undermine working relationships with our remote team members. First of all, it’s not nice, and our mothers raised us better than that. Secondly, it’s just bad business to alienate those on whom our jobs, reputations and paychecks rely.

That said, we undermine our working relationships in a lot of way without meaning to. But as Napoleon said, it’s the little things that’ll do you in. Or as he put it: “If they want peace, nations should avoid the pin-pricks that precede cannon shots.”

Since cannon-shots aren’t the best things to have firing around at work, here are five little things we do that can have disproportionately negative outcomes on working relationships and productivity:

Many of us don’t have enough time in a day as it is, so it’s tempting to keep virtual communication (emails, voicemails, telephone calls when we’re forced to make them) strictly transactional. We can call it “respecting their time” if we like, but if we don’t take a few moments to connect with people on a personal basis, the long term consequences are often a lack of engagement and trust. If you keep everything “strictly business” don’t be surprised when the results are turnover and a lack of discretionary effort. After all, it’s not personal, it’s just business….

Defaulting to the people in the room during meetings

When you have meetings with most of the folks in the conference room, and a few people connecting by voice or webcam, it’s easy to default to the people in the room, and treat those remote people as an afterthought. If they have to fight to be heard, or are excluded from the jokes and comments that really add value to meetings, they are likely to disengage. Make sure you’re actively soliciting input from the field, and repeat key points, comments and questions so that they are working on a level playing field with their peers.

Many managers are surprised by how often this is a problem for employees. After all, wasn’t “working on home office time” a condition of employment? They knew what they were getting into when they took the job, so why complain now?

The fact is, any of us who say we haven’t agreed to something we didn’t like to secure employment is probably not telling the truth. The other thing is, that constantly being the one to skip dinners, or miss dance recitals to make that “critical” conference call is like a grain of sand in a shoe; a minor irritant that becomes a nagging pain over time.

When one party is always seen as making the sacrifices, the balance of power shifts, and resentment rises. Try taking a call at 5 AM yourself some time. You’ll score points with the other party, and develop some empathy for them at the same time.

Delegating to the same people over and over

Delegating tasks is a key component of good management and leadership. Sometimes we hand tasks over to save ourselves time and effort, sometimes we’re offering development opportunities. Either way, there is a tendency to delegate those tasks to people who are close to us.

Whether this is because they come to mind first, or you can pop in to micro-manage them is between you and your conscience. There is often a perception that these delegated tasks, which often form part of the criteria for career advancement, tend to go to people at your location first. Is that assumption accurate?

When we have to offer corrective feedback, it’s tempting to do it in the least confrontational way possible. Why get on a plane to sit down when it’s faster and less uncomfortable to send an email? The problem is obvious: when you have uncomfortable conversations face to face, you get a lot of non-verbal information that adds context and understanding to the situation. The result is richer communication.

When you work in the same location with people, those conversations happen spontaneously. Working with remote team members, we may not have the opportunity to speak in person. Taking the easiest way out is short changing the long-term relationship. Get used to using webcams or phone, rather than IM and email, so that when conversations are complicated, the technology isn’t a distraction and you’ll be able to really listen to the other person.

By taking the proper communication steps now, you can avoid problems that might require dramatic intervention. Even if you’re not Napoleon, managing your remote teams can either be an opportunity for victory or your management Waterloo.

Homeworking feels good - and people don't want it to stop

How do you manage distributed workers?