Do you know what's in your technology toolkit? 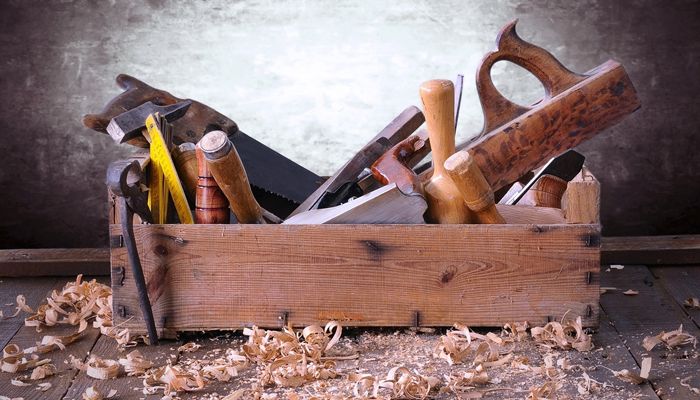 Does your team have the collaboration technology it needs to communicate effectively? If your answer is "no", you might want to take a step back and reconsider. The chances are that you actually have everything you need at your disposal, but don't even know it.

Twice in the last couple of weeks, I’ve had conversations with managers who bemoaned the lack of communication tools to lead their virtual project teams. But in both cases they either had the tools they needed, or could get them easily, and didn’t even know it.

The first instance was when I was doing a virtual class with an international client, and we were discussing collaboration tools like Google Docs and Drop Box. One manager complained, “yeah, this is great, but my company won’t let us use anything like this. IT won’t approve it.” That’s when another class participant responded, “I’m in IT, and we use it all the time. We just didn’t think anyone else was interested, because no one’s ever asked.” Oops.

The second instance occurred last night. I was speaking to a group of Project Managers, and we were discussing virtual meetings. One participant asked me, “We use Microsoft Lync at work, but what I really need is a tool like WebEx, that lets us do the webcams, screen sharing, the chat and the white boards.”

I asked her why she needed WebEx if she already had LYNC? After all, it does pretty much everything WebEx does (at least for those on her network) and a few things besides. She was stunned. Her company rolled out LYNC a year and a half ago, and she had never seen it used for a virtual meeting beyond using it as an instant messaging tool. Her peers at the table looked equally amazed.

With the boom in technology and the proliferation of apps, software and other tools, it’s really hard to keep track, so here are some things you and your team should consider:

What tasks or situations do you think technology can help solve? First, you need to assess what problems your team is encountering when it comes to information flow and communication. Then you have to decide if that problem can be solved by technology. If your team is getting swamped by email, is it a problem with your particular email program or are people just sending too many ill-conceived messages at the speed of light? Switching to Gmail won’t help if you’re getting “cc:ed” to death.

If it’s a problem technology can help solve, what tools do you already have at your disposal? Like my project manager friend, the answer may be to make the most of what you have, rather than bring new tools to bear. 80% of WebEx users, for example, use only 25% of its features. The numbers for other tools like SharePoint, Adobe Connect and Microsoft LYNC are even worse.

So take an inventory of the tools at your disposal, then check with your peers (inside the company and out) to see if they are doing anything different than you are, or getting different results. Maybe what you have is fine, it’s how you’re using it that is to blame.

Does IT already have an answer? Depending on the size of your organization, there may be people inside your company who have already solved the puzzle you’re grappling with, you just haven’t heard about it. The IT department may not understand every challenge your department or team faces, but they know what’s in use in other divisions or teams, or may already be investigating solutions.

Here’s the trick to having this conversation: don’t start by asking for a specific tool. First of all, you may not be using the right terminology. I know one team that was refused the right to use webcams, because the manager said they needed “video conferencing”, and the CIO immediately thought they needed a huge implementation like Telepresence. They just wanted to see each other at work. That misunderstanding took three months to clear up.

Instead, start by explaining the challenge you’re facing, and ask them if they have any ideas to address it. Most IT people have a Pavlovian response to technology requests. They’ll say no, and start ranting about network security, bandwidth issues, and budget. They do, however, rather enjoy solving problems and being seen as something other than the keepers of the VPN and the finders of lost user names.

We need tools and technology in order to get our work done across locations and time zones. The question is, do we have what we need to get the job done. The answers may be “no”, “yes”, or “yes if we actually use it well”.

How well do you know your webmeeting platform?