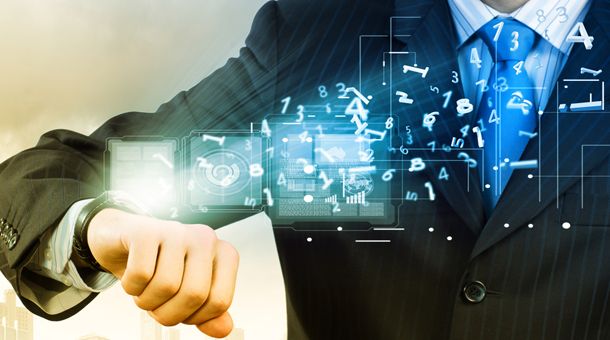 Man looking at watch via Shutterstock.com
Feb 04 2014 by Wayne Turmel Print This Article

Someone asked me recently why I spend my time talking about working remotely, and why so much of that is spent in the idea of meetings and working through technology. The answer is, because it matters to everyone I know, whether they've thought about it or not.

In the nearly 20 years or I've been in management and training, I've talked with people at companies all over the world about a lot of things that make managers crazy. Oh sure, there are the usual suspects: number-based performance reviews, bosses that don't ask before implementing policies, IT people who don't understand the word "broken" and insist on more detail. But by far, the number one crankiness-inducing thing in our lives is meetings.

Is this distaste irrational? Do we really hate meetings that much? If so, why do we have so many of them?

And, boy, do we hold a lot of meetings. And a growing number of them are happening virtually.

According to multiple studies, managers spend at least half of their time in meetings. Assuming an eight-hour workday (quit laughing - we need a number to work with, your results are probably different) this means we spend at least 1100 hours a year in meetings, whether in person or via some sort of technology

In 2013, over 22 million web meetings were held – and you know that number will only increase.

So we are spending an increasing amount of our lives holding meetings that happen through technology, which is why, over and above the big players like WebEx, Microsoft Lync, Adobe Connect and GoToMeeting, there are now more 120 web meeting, webinar or collaboration tools out there to choose from.

With so many tools at our disposal, you'd think any problems we have with web meetings or virtual meetings (the two are interchangeable, at least for the moment) would be easily solved. But let's take a look at some terrifying, or at least depressing, statistics.

If we go with the 22 million number and assume that each meeting lasts one hour, American businesses spend about 22 million hours in virtual meetings. Let's also assume each meeting has an average of three people in it, giving us 66 million person-hours per year.

According to multiple studies, participants in those meetings consider a minimum of 2/3 of the time spent in web meetings as "a waste of time". That means about 44 million of the online hours are a waste of time. Multiply those hours by the wages of the people on the call, and you have hundreds of millions of dollars down the tube

Look at your personal numbers. If you spend 1100 hours in meetings, and half of those are virtual, that's 550 hours spent in online communication. If 2/3 of that is wasted, that's 366 hours of your life you'll never get back. That's roughly nine weeks of your year

Think about those numbers for a moment. If you were doing anything else at work that had a 70% failure rate, with that kind of money and time attached, how long would you and your company tolerate it? The Six-Sigma black belts among us would have a field day.

So that's why we work with clients around the world. This is a critical part of getting work done today, and too many good people have been handed tools they're unfamiliar with and been expected to make it work with no help at all.

That makes me angry. And if you're a manager in that position you should be angry too. What's amazing is that more of the finance types and people who make these decisions don't seem to care.

Maybe here's one article you ought to be passing on through others. Tweet yourselves blind….

Getting virtual meetings to start on time

Hybrid meetings and the eye of the beholder

The ROI of bad webmeetings