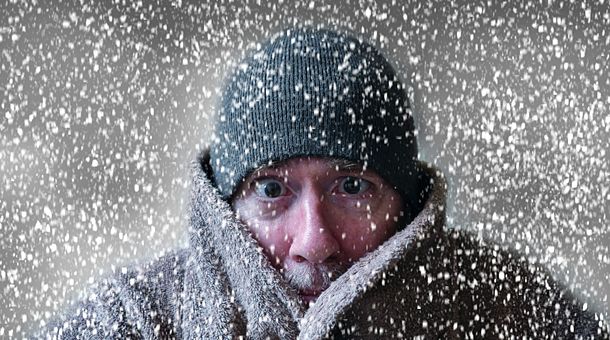 Those of us caught up in the sub-zero temperatures across much of the US this week are finally starting to emerge blinking into the sunlight. In the days to come, we'll hear all kinds of estimates about the damage done to the US economy - and it will be substantial. The good news, though, is it could have been much, much worse.

With all the roads turned to skating rinks, businesses closing, and flights cancelling (and I was personally affected by all of the above in the last few days) it's still amazing to me that I was able to accomplish almost everything I needed to get done at work. And in speaking to my customers, colleagues, and peers, the same is true. It would appear that working remotely is so ingrained in us now, that we don't even think about it.

This doesn't minimize the effect on people, or on small businesses like retail and restaurants that require people to actually come to their stores. It did impact a lot of people in a bad way. An astonishing number of people, though, felt no real lasting effects (unless you count fathers who actually had to spend time locked in the house with children suddenly freed from school but unable to leave the house. Admittedly, that'll leave a scar). I can remember blizzards and natural events in the past that weren't as wide spread, but the damage was much worse.

Cell phone towers seemed to weather (literally) the storms better than traditional lines, but how many people rely solely on land line phones? Many people lost power, but email was still received and answered on phones and tablets. While a significant amount of time was spent on conversations that started with, "how cold is it there?" few meetings were actually cancelled or postponed beyond a day or two.

This might not seem like a big deal - but that's the big deal. Even a few years ago, a weather pattern like this would have resulted in much, much worse economic damage. Today, we work from home, or Starbucks, or three feet up a snow bank while we wait for the tow truck. It's just what we do.

Those companies, teams and people who were prepared to work remotely will come out ahead. Those that limit such communication, or insist that everything be done at home office, will feel the pain. Teams that have a good communication plan in place experienced very little interruption. Those that didn't will be figuratively and literally digging out for days.

What plans do you and your team have in case of a major weather event?

Do you have multiple ways to access email and shared files? Do your people have access to simple tools like Skype and Dropbox? Can you quickly pivot from a scheduled face to face meeting and substitute with a webmeeting or video conference without losing effectiveness? Do you have remote access to shared files on Sharepoint, or do you have to be at your desk to get work done?

One thing we need to understand, however. While it could have been a whole lot worse, it could also have been better.

As well as we've come through this because of all the tools at our disposal, how much better could it have been if we'd actually planned for it?

Management lessons from the Gulf disaster

What happens if you get hit by a bus?