You need to chat in webmeetings 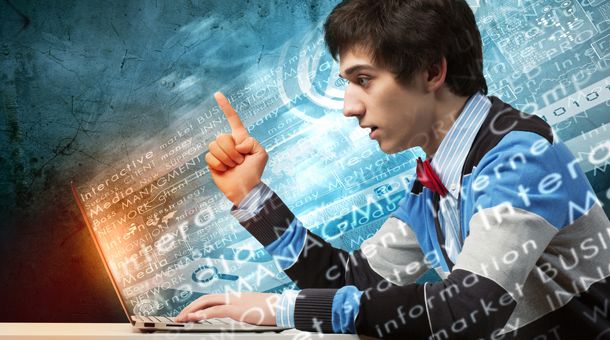 It goes without saying that one of the most important functions of a meeting is talking to each other. We give input. We make silly jokes. We introduce ourselves and get to know one another. Yet when we meet online, there is often a tendency to limit this essential interaction.

Sometimes this is for technical reasons. It's hard to talk when you can't see each other. We worry about talking over one another, and many online programs use Voice Over Internet Protocol (VOIP) which means when more than one person speaks at a time the sound cuts out and can be very frustrating. Fortunately, webmeetings give us an additional way to communicate: the chat function.

Many people (dare I suggest the majority are older?) find chat either distracting or impersonal. Many new presenters are afraid it will become a distraction and try to limit the chat that takes place. They worry that people will say something inappropriate or off topic. The only response to that is to ask if those things every happen in a live meeting? How do you handle those situations? The same facilitation and leadership skills apply to managing the chat.

In fact, to a couple of generations of workers, writing in a little box and sending your thoughts into the ether is a perfectly natural way to "talk" to each other. Facebook, Twitter, chat, instant messaging and twitter are a natural part of the way we speak to one another.

Think of the conference calls you've been on. We often have the same challenges we do during web meetings. We hear from the same people all the time. Some folks dominate the conversation, some need to be urged to speak up. Some just disappear from the meeting entirely. It's no different with webmeetings, except that you have an additional way for people to put their two cents in.

Using chat can give your introverts a chance to participate, get questions lined up, and create a permanent record of everyone's opinion on important topics. Yet the chat function is actually more than just a way of simulating the conversation in a meeting. It serves both a synchronous (everyone talking at the same time to each other) and asynchronous (you can go back over time and refer to it) function.

Most chat functions allow you to keep a permanent record of what is said. This isn't (or at least shouldn't be) a way to keep tabs on who makes inappropriate statements or who takes part and who isn't. It is, however, a great way to have a reference document of questions asked, what people actually thought about a topic, or track action items.

There's also another tool, kind of a subset of the chat dedicated specifically to Questions and Answers. This is a terrific tool (as we'll see in a minute) for easily separating questions from other chat. It also allows both written answers for all to see in perpetuity and get private, personal answers to questions without derailing the entire meeting.

Use The Q and A Function When…

You have a large or particularly active group. The best use of having a separate Q and A function is to help manage the flow of information and pick the questions out of the other relevant comments and pithy commentary that naturally arises during your meetings. (Ahem). Seriously, if you expect a large number of questions this is an easy way to get them in queue.

You can answer both publicly and privately. Not everyone is comfortable sharing their questions in an open forum. Sometimes it's because they are of a confidential or personal nature. Sometimes people have a specific question that isn't worth derailing the entire meeting for, and sometimes…. Well, while we constantly say there are not stupid questions… there are some that sure seem to appear that way.

You have a co-pilot. For all the reasons we've mentioned, it's sometimes a good idea to separate questions from the general conversation. Of course, that's one more thing you need to manage. If you have a copilot or someone you can designate to manage the chat for you it's one less distraction to take away from your focus. Additionally, if you have someone answering questions as they come in, it actually encourages people to send more in. They know you're serious about encouraging the dialogue.

You're doing the same meeting over and over. Many of us are responsible for large, "town hall" type meetings where we'll be presenting the same information to multiple groups. By keeping a log of questions, you can often prepare for the next meeting. Is there a common theme or set of concerns you need to address? Does it seem like they're not getting a certain point? Maybe you need to re-examine how you are presenting it.

BEST PRACTICE: Periodically go over the questions you get for consistency. Maybe you're not presenting the big picture as well as you should, or need to spend more time on specific audience-related examples. We can always get better at this.

This is one of the features that elevates a well-run webmeeting above even a well-facilitated conference call. It adds additional input and visual interest to the meeting, but it requires conscious thought to use it well. Specifically:

Encourage use at the beginning of your meeting to get people kinesthetically engaged. Just telling people that chat isn't available doesn't mean they'll take advantage of it. Insist everyone send a chat message to the whole room. You can do it under the guise of "making sure it's working" or just to speed up the informal chatting that normally takes place in a traditional meeting but can feel like wasted time online.

Just because it's familiar, don't assume everyone uses it correctly. Chat is more and more common in our lives, whether it's instant messaging or online tech support. Still, each platform is slightly different. It's very common to have frustrating problems derail your efforts to get everyone involved. If people are typing in the wrong box (like the chat room rather than the smaller box at the bottom… and don't look at me like that, it happens more than you'd think) or they send what they thought was a private message to the entire meeting, it can put a crimp in the flow of conversation.

Your introverts will love it. Not everyone is comfortable speaking in front of a group or calling attention to themselves. Conversely, those who do speak up don't necessarily have the most value to add. Giving your introverts a more comfortable way to contribute isn't a bad thing.

So will those with less-than-ideal English skills. In our global workplace, we are often working with people from different countries and cultures. A common complaint is that many of these folks don't speak up in meetings and on calls. But if someone is unsure of how to say something, or they are constantly being asked to repeat themselves because the group can't understand them or decipher their accent, they will be reluctant to participate. Many people find their written English is clearer than their spoken English. Give them a chance to participate.

We reveal a lot about ourselves - and that's a good thing. The things we laugh at, the comments we make, the small contributions to conversations are often how we learn about each other and form working relationships. Encourage an appropriate level of humor, informality and candor with your team. Unless you're meeting with the CEO or a client company, who cares if someone puts up a little smiley with a party hat on? If you need to step in and coach individuals, that's okay. People abuse this feature far less than you'll think.

BEST PRACTICE: One way to encourage participation from people you haven't heard from or you suspect have more to contribute is to use private chat to send them a gentle nudge. I often send a message like, "Hey Rajesh, you were at that conference. Would you mind sharing your thoughts with the group?". That way when you call on them they're prepared and comfortable.

Giving your team an annual physical

Hybrid meetings and the eye of the beholder

How well do you know your webmeeting platform?

Why do so few people use webmeetings well?

Three ways to beat the problems with webmeetings