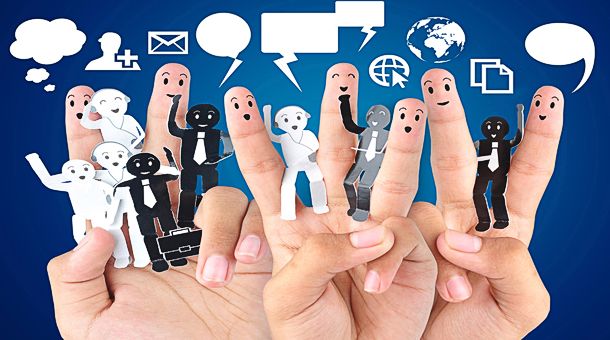 "Culture" is a word that gets thrown around a lot. But whether we're talking about corporate culture or nationality and ethnicity, it remains an annoyingly vague notion. Culture can be a source of pride or a stumbling block to team success, but it can't be either (at least on purpose) unless we know what we're talking about.

To shed some light on this, I spoke to Kai Hammerich, author of Fish Can't See Water: How National Culture Can Make or Break Your Corporate Strategy, about what we mean by culture and what its impact can be.

Can you define what you mean by "culture"?

There a several definitions of culture. We like the way Schein defines organizational culture as: "A pattern of shared basic assumptions that was learned by a group as it solved its problems of external adaptation and internal integration, that has worked well enough to be considered valid and, therefore, to be taught to new members as the correct way to perceive, think, and feel in relation to those problems."

One example that Hammerich and his co-author, Richard D Lewis, use is the difference in the way two very successful countries approach the same sport, and with almost the same results.

You use Brazilian vs. German soccer as an example of two systems (freewheeling vs. tightly organized) but doesn't the nature of remote teams imply that the highly formalized system would be more effective?

Mixing incompatible work practices from different countries can have a significant negative impact on the overall effectiveness of an organization. A classic example is outsourcing. In the 1990s, many European and American companies saw the outsourcing of IT and other services to India and elsewhere as a way to lower expenses. However, many of the same companies soon realized that they had underestimated the impact of the cultural and work practice differences.

What they found was that the process of outsourcing was not smooth and resulted in significant friction. This reduced agility, increased communication costs, and caused regular and expensive misunderstandings, leading to delays that often far exceeded the expected savings.

Hence, today there is a trend towards a more balanced outsourcing strategy, taking into account the real cost of the effect of this cultural distance. Mixing work practices from different cultures without careful consideration of integrating them can be a very costly strategy.

If the task to be accomplished has a high degree of creativity it may be beneficial to use a team from a more freewheeling country. If a task is more structured, perhaps using a team from a country that is more at ease with this philosophy would be best. However, in both cases it would be important to ensure that the task to be performed was well understood by the various team members no matter where they are.

1. Culture is learned and reinforced, then handed on as learning to the next generation and new members of the group.

2. Culture has a purpose in terms of achieving common objectives. Perceived success will reinforce the culture and make it stronger.

3. A group will develop its own distinct patterns of behaviors and beliefs to support the culture, and the internal socialization process.

When it comes to the purpose of culture, Hammerich adds: ". A culture can be strong or weak, and effective or not, in achieving the objectives of the group. Only time will tell how long a culture can maintain its vitality before eventually leading to the demise of the group that created it. In business, strong corporate cultures emerge over time as repeated behavior, results, and success reinforce the existing behaviors, values, and principles of thinking.

"A single individual, the founder or a very small group of individuals, most often shapes these core cultural values in the early phases of the group's existence, based on their own personal experiences, beliefs, and values."

When was the last time you examined both your company - and your team - culture? Are you even aware of how your people perceive themselves, their work and their place in it all? Just asking.

Managing change in a remote team

What's culture – and what's yours?