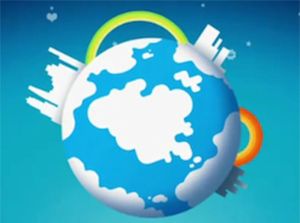 If you think running a remote team or project remotely is tough and you can't get anything accomplished, spare a thought for someone with a bigger set of problems than yours. Apparently, the country of Thailand is being run via Skype.

This article in the New York Times talks about how the exiled Prime Minister, Thaksin Shinawatra, is influencing events and making important policy decisions through using Skype, as well various social media applications including WhatsApp and Line.

According to the article's author, while his sister is nominally the Prime Minister, it seems most of the really big discussions in the country still go through Mr. Thaksin. Need a major construction project approved? He can join the call from his iPad anywhere in the world, including his homes in Dubai, Hong Kong, London or his gold mine in Central Africa.

Now, it's easy to be snide (as clearly demonstrated) but there are some important lessons for managers here.

Technology allows us to stay connected in ways that get things done, but it needs to be used properly. One of the guiding tenants of my work with remote team is that "Genghis Khan ruled half the known world and never held a WebEx meeting". The former leader gets real-time information, consults with his sister and her team on the ground and gets their input.

Sometimes you have to meet in person. Suck it up. While video conferencing and the rest are convenient and cheap, when the stakes are high, he summons people to him outside Thailand. As a manager, you probably won't get arrested if you show up where your people are, so it's actually easier for you as one person to go to them than it is for multiple team members to come to you. The heck with the bean counters. Get in that car or on that plane if it's really important.

If you can't trust your sister, who can you trust? Whether you're Thaksin Shinawatra, or the project manager on the SAP team at your company, you need competent people that you trust. Hire well and hold people accountable. Trust is built on the three pillars of common goals, proof of competence and proof of motives. Technology is often blamed for alienating people, but it actually allows you to communicate in ways that Genghis Khan never dreamed of. You have to use it thoughtfully and well.

It helps to have a gold mine in Africa. Resources matter. So does having a quiet place to focus. I'm going to make a wild assumption that it's probably a little harder to think clearly and lead meetings from a Starbucks in Des Moines than your palatial hotel suite in Dubai. Think about your physical environment. Also, odds are he doesn't have to dial in to a VPN that keeps dropping him.

Building and maintaining high-stakes project teams virtually is possible, but it takes work, focus, the proper use of the tools at your disposal, and good people working with you. And when it all seems too much, imagine trying to run a whole country that way. It could be worse.

What remote teams can learn from Mantei Te'o

Lessons from the Royal Navy