What's in it for him?

"> by Michelle Brailsford Print This Article

I was hired for the role of managing systems, creating change and training tools. When a need arose for me to go to another facility and create an impact in this new environment I was excited.

Then my boss was approached by someone who my boss feel competitive with. As a result he is holding my hand and not allowing me the independence I need to do my job effectively. I feel as though he is using me to show his worth and his focus is self-serving rather than company-serving.

He is very critical of everyone and has now started become openly critical of me in front of others and comment on my gender in private. I have been dealing with this for about three weeks now and need this to stop. I have been doing this work for 10 years and know how to do the job with very little guidance.

I have currently applied to this new facility to work full-time there and he is one of the decision-makers on this role. This role will incorporate what I am currently doing.

How should I approach this? I am a loyal employee and have always been upfront with the status of my projects.

Need some help with a problem at work? Drop us an email to: [info | at | management-issues.com] entitled "Advice Clinic" and we'll try to help.

We can't answer every question we receive, but we'll do our best to respond to those that we think will resonate with our audience. And we can't offer legal advice. If We think you need a lawyer, we'll tell you. All names and locations are changed for publication. 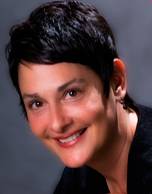 There is a high degree of probability that your boss' agenda is not only self-serving but in service of the team, the department or even the function.

You say that he was approached by someone that he feels "competitive" with. This competition may be for valuable resources like headcount or budget. Politically astute bosses know that they must promote self and team (appropriately) in order to survive and thrive.

You say that he is "using you to show worth". Well, I would hope so. If you have 10 years in the business and know how to do the job with very little guidance, he should be "showing you off". Hopefully, he is trying to position you and everyone on the team in a way that shows "worth". His job is to promote you and the team.

Now, making critical comments about you is not the best way to either position you as credible with the stakeholders or to motivate you. However; he could simply have a coaching style that focuses on constructive feedback instead of on strengths.

Having said that, there is no excuse for making gender related comments either in private or in public. The next time he makes such a comment, I would reply with humour so that he doesn't feel threatened but showing him that you will not "put up" with being "put down".

In terms of how to handle the new role that you have applied for, you say your current boss is one of the decision-makers. I am afraid that if you are good at what you do and if this new role does not fall within your Managers' remit, he may block your movement as he will want your competence and commitment to remain within his team or department.

The only way to ensure that he considers your request, is to make an argument for WIFH (What's in it for him) to let you transfer.

The same advice applies if the new position would continue to report to him. You will need to make an argument for how being in this new role will help increase his status, help him compete for resources and/or otherwise make him look good within the organisation.

Michelle Brailsford is is a founding partner at Jupiter Consulting Group, LLC, a boutique learning & development consultancy dedicated to adding life back into work. She focuses on the people side of her clients' businesses and in particular, organisational politics and personal power.